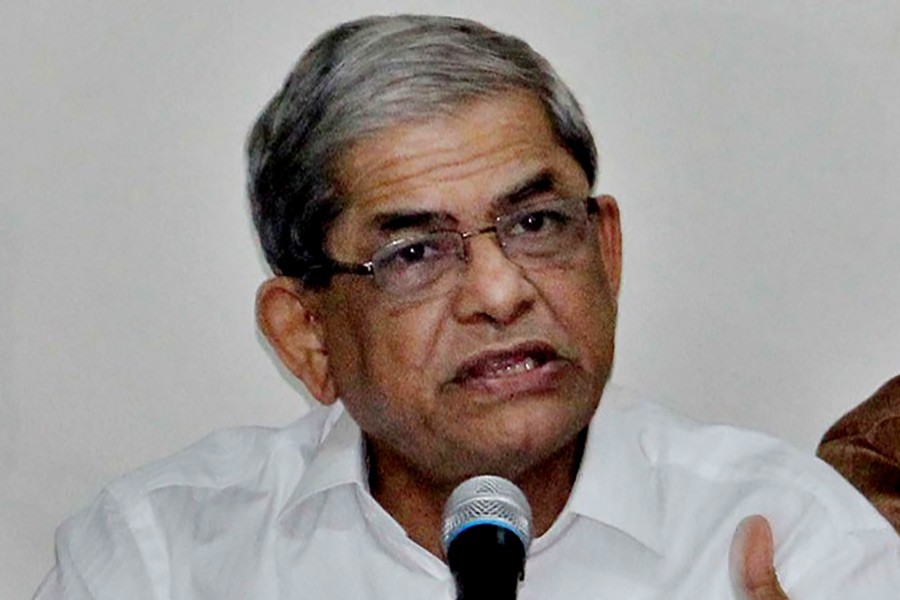 BNP Secretary General Mirza Fakhrul Islam Alamgir on Sunday alleged that corruption by ministers and Awami League leaders is the only reason behind the rise in prices of key commodities.

“Awami League leaders and ministers are amassing wealth by indulging in corruption...the price of soybean oil is soaring as most businessmen engaged in oil business belong to the Awami League,” he said.

Speaking at a rally, the BNP leader also said, “The LPG prices have also been raised as one of the prime minister’s advisers is involved with a company that imports the LPG,” reports UNB.

He said fuel prices have been hiked and that of medicines are also on the rise. More worrying is that the health sector is on the verge of collapse due to widespread corruption, Fakhrul added.

“There has been no trial of those who've pocketed money in the name of land acquisition for a university in the education minister’s constituency in Chandpur. Now corruption by the government is everywhere along with its incompetence.”

Fakhrul said ordinary people have been going through miserable sufferings due to the continuous rise in rice, pulse, oil and other commodity prices, and the tariffs of electricity, gas and water.

He alleged that the government has been conspiring to establish a monarchy in the country by snatching people’s rights.

The BNP leader said people liberated the country in 1971 through a Liberation War for establishing a democratic system and a free society.

“We've to unite all again like in 1971 to establish that free society. If necessary, we've to wage another struggle to free the country and its people (from the grasp of current govt),“ he said.

Fakhrul also said a fierce movement must be launched to restore people’s voting and all other rights and their ownership of the country.

He said people want to get back their franchise and elect their representatives through exercising it.

The BNP leader called upon all to get united to ensure the fall of the Awami League government and force it to hold the next parliamentary election under a non-party neutral administration.