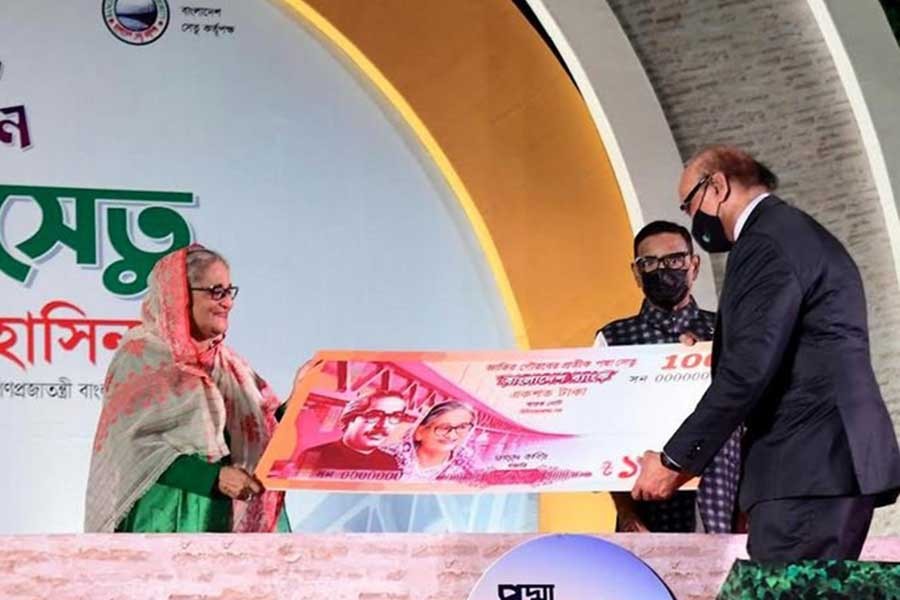 She unveiled the note at the opening ceremony of the country's biggest self-financed mega-bridge on the mighty Padma River at Mawa end in Munshiganj, reports BSS.

The note was imprinted with photographs of Father of the Nation Bangabandhu Sheikh Mujibur Rahman and Prime Minister Sheikh Hasina on the frontal side.

Bangladesh Bank (BB) released the note having a picture of Padma Bridge imprinted in the background with the signature of its Governor Fazle Kabir.

Fazle Kabir was present at the function, among others.

According to the BB officials, the new commemorative note will be available at Bangladesh Bank's Motijheel office and later at other branch offices from Sunday.