Dhaka-Delhi relationship now at its best, she claims 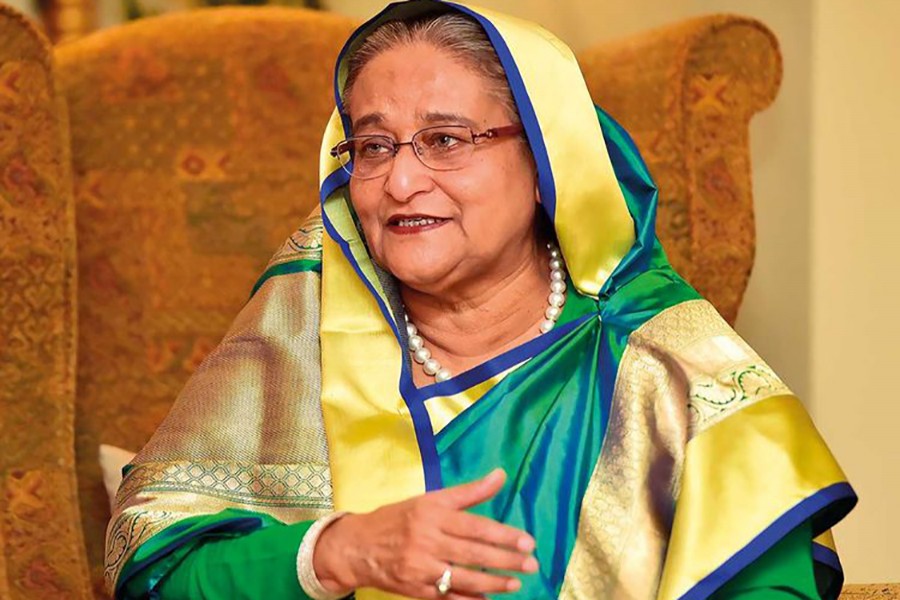 Bangladesh Prime Minister Sheikh Hasina said she did not understand the purpose of the Citizenship Amendment Act (CAA) passed in India that aims to offer citizenship to non-Muslim minorities that have faced persecution in Bangladesh and other neighbouring countries.

“We don’t understand why [the Indian government] did it. It was not necessary,” she told Gulf News during an interview in the UAE capital of Abu Dhabi recently.

The CAA was passed by the Parliament of India on December 11, 2019, and provides a path to citizenship for members of Hindu, Sikh, Buddhist, Jain, Parsi, and Christian religious minorities who have allegedly fled persecution from Pakistan, Bangladesh, and Afghanistan before December 2014.

Bangladesh, where 10.7 per cent of the 161 million-strong population is Hindu and 0.6 per cent Buddhist, has denied any migration to India because of religious persecution.

No reverse migration from India

Protests and violence have erupted across India since the enactment of the CAA last month, and declarations by the Indian government that the National Register of Citizens (NRC) will be carried out nationwide. Analysts in Bangladesh have expressed fears that Indian Muslims who are unable to prove their citizenship claims will seek shelter in Bangladesh.

Rohingya crisis has to be resolved

According to Sheikh Hasina, the relationship between Bangladesh and India is currently at its best, with cooperation in a “wide spectrum of areas”. But she highlighted concerns with Myanmar, from where 1.2 million Rohingya have arrived, and are living now in camps in Bangladesh’s southeastern area of Cox Bazaar.

“The Rohingya crisis originated in Myanmar and the solution lies with them. But unfortunately, Myanmar is yet to take any meaningful step to address the core concerns of the Rohingya [on their] safe and dignified return. Two repatriation initiatives [so far have] failed as not a single Rohingya wants to go back voluntarily. It revealed that Myanmar did not succeed in creating an environment conducive for repatriation,” she said.

According to the premier, Bangladesh cannot indefinitely shoulder the burden of providing for more than a million refugees. “If the problem persists, it may seriously affect the security and stability of the region. [This is why the] international community should remain [engaged] with the Rohingya issue until it reaches a sustainable solution,” she urged.

Chattogram Freedom Fighter did not die from coronavirus