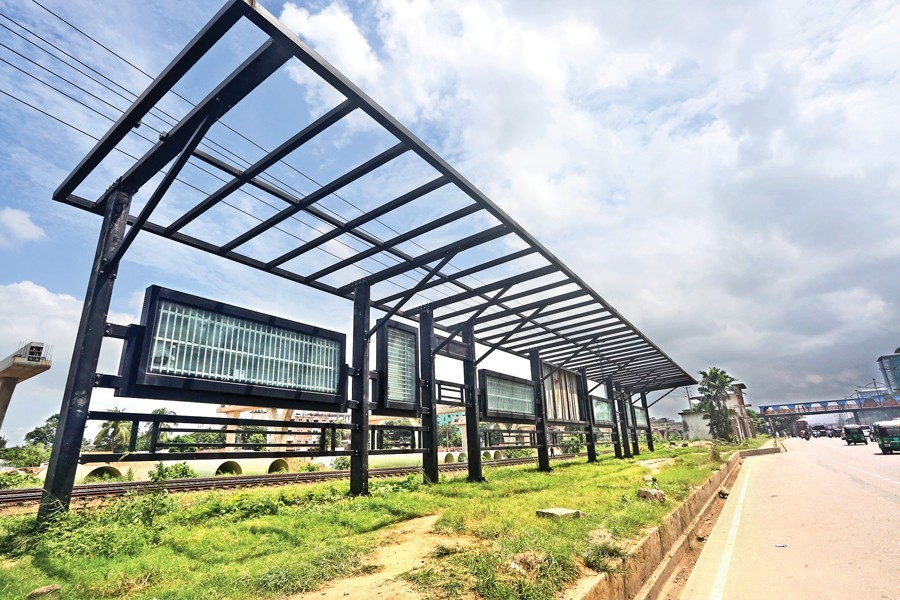 The beautification of both sides of the city's airport road has remained almost stalled for the past few months because of 'procedural complexities'.

All the parties, both private and public, involved in the execution of the project have taken things very casually as far as approval and execution of the beautification project are concerned, sources said.

The Roads and Highways Department (RHD), the agency responsible for implementing the project, itself was not aware of status of the very project and worked at the dictates of its parent ministry.

The Dhaka zone office of the RHD, on the basis of a tender floated on July 28, 2016, selected a proposal from one Vinyl World and Sign on the beautification of the airport road---from the starting point of the Banani flyover to the traffic roundabout near the Hazrat Shahjalal International Airport--- at a cost of Tk. 899 million.

The nature of the project, however, was unique as the private party proposed to spend from its own pocket and, in return, it would earn revenues through roadside electronic advertisements for a period of 10 years.

However, trouble started when a top official of the Ministry of Road Transport and Bridges had decided to send the project to the cabinet committee of economic affairs for approval as the project, he felt, was more like a public-private partnership (PPP) one.

But the committee found the project not consistent with PPP concept. It then asked the road ministry to amend its existing land-use policy to facilitate execution of the project. Months have gone by, but the land-use policy, as suggested by the cabinet body, is yet to be amended. So, the project remains stuck-up in the cobweb of bureaucracy.

RHD officials said they allowed the firm to implement the project after the road ministry had approved the proposal following its selection by the evaluation committee.

"There was a directive from the RTB minister to expedite the execution of the project," said a source preferring not to be named.

The minister also inaugurated the work on February 16, 2017, he added.

When contacted Chief Executive Officer of Vinyl World and Sign Abed Mansur said he started execution of the project work after getting green signal from the RHD.

He admitted that the pace of execution of the project is now a bit slow as he was yet sign the final 'work order'.

After visiting the airport road, the FE correspondent found that a few fountains, passenger sheds, electronic displays, streetlights etc., have been built or erected along both sides of the road.

When asked in this regard, RTB Minister Obaidul Quader told the FE that execution of the work was more important than anything else. He said he has already directed the secretary to take necessary actions on the project in question.