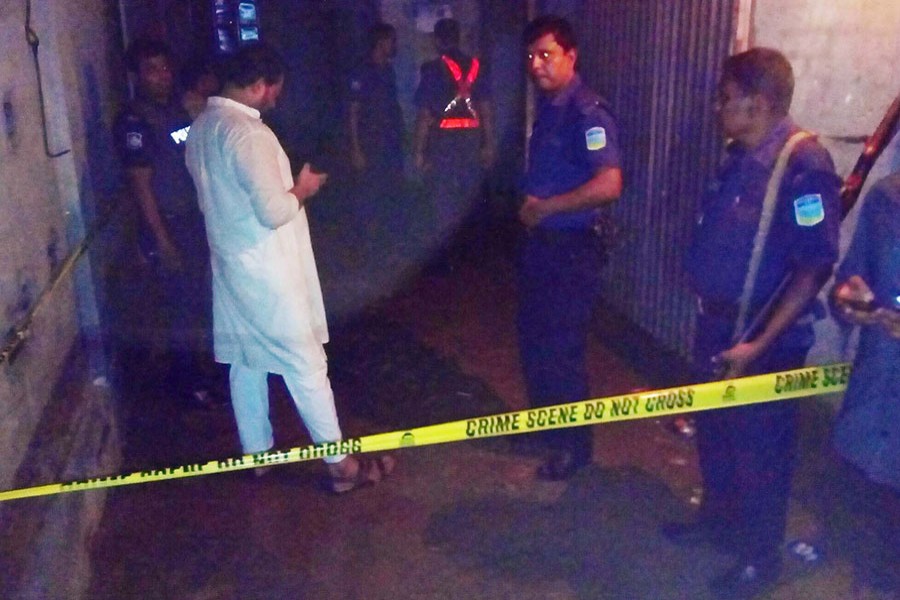 Investigators suspect the house was a bomb-making facility for terrorists and one of the bombs went off. - Collected

Police's bomb squad has swept the house in Mymensingh, where an explosion left a suspected terrorist dead.

The suspect's wife, two children, the landlord and his family were being questioned by investigators. On Sunday afternoon, the blast at a tin-roofed house rocked Bhaluka Upazila's Habirbari.

As soon as the explosion took place, a woman with two children fled from the scene while a man was found dead, reports bdnews24.com.

Superintendent of Police Syed Nurul Islam said they have confirmed the identity of the dead man -- Alam Pramanik from the northern district of Natore.

The man had rented the house and moved in with his wife Parvin Akter and two sons on Aug 24.   After the blast around 5:30pm on Sunday, local police sealed it off and secured the area.

Investigators then said they suspect the house was a bomb-making facility for terrorists and one of the bombs went off.

The landlord, Azim Uddin, told bdnews24.com after the blast that a man identifying himself as Abdullah from the southwestern district of Kushtia rented the house from him.

Police took Azim, his wife and two sons in custody for questioning the same day.

Habirbari residents spotted them at the local bus stop around 9:00pm and handed over them to police.

Additional Superintendent of Police Nur-e-Alam said one of the children was being treated of wounds sustained in the blast.

"The bomb disposal unit is sweeping the house. We hope to get more information after quizzing the suspect's wife and children," he said on Monday.