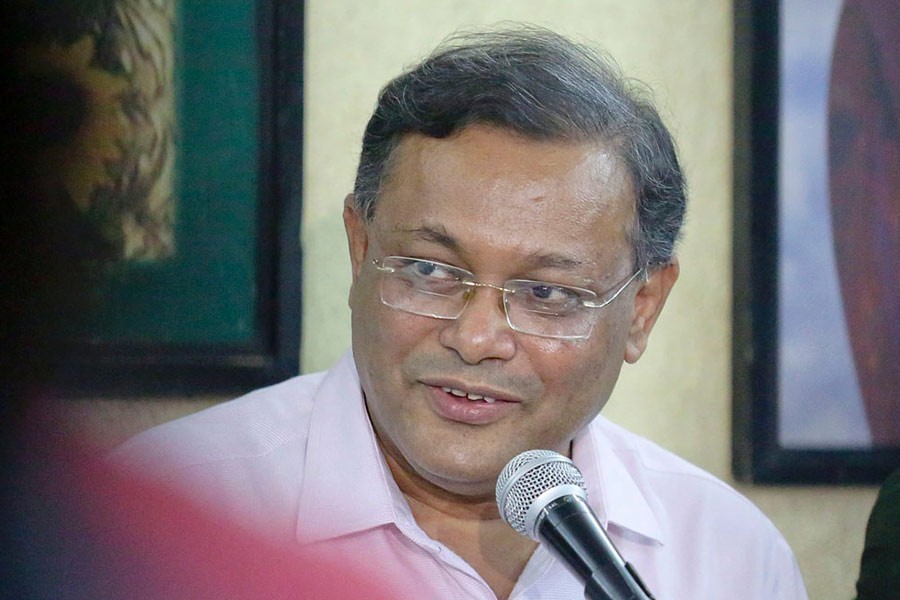 "BNP leaders are trying to hold anything just to keep the party alive," said the minister at a discussion titled "Independence and Bangabandhu" organised by Bangabandhu Diploma Engineers Parishad (BDEP) ahead of the 99th birth anniversary of Bangabandhu Sheikh Mujibur Rahman at IDEB Bhaban in the city, reports UNB.

The minister said BNP wants to raise the DUCSU election as a major issue as part of its conspiracy to seize power. "Though their candidates have lost by huge margins, they're making a fuss about it," he added.

Expressing satisfaction over the DUCSU polls, Dr Hasan said it is a great achievement for student politics of the country as it was held after 28 years.

He urged the BNP leaders to 'leave student politics to them'.

The minister commemorated Bangabandhu Sheikh Mujibur Rahman's contributions towards attaining freedom the country from Pakistan in 1971. "He (Bangabandhu) could easily be one of the key ministers of the Pakistan cabinet, but denied to accept their terms and conditions."

Hasan Mahmud lauded the current government's efforts and achievements in taking the country forward in all sectors. "Under the leadership of Prime Minister Sheikh Hasina, Bangladesh has progressed in all the human indexes," he said.