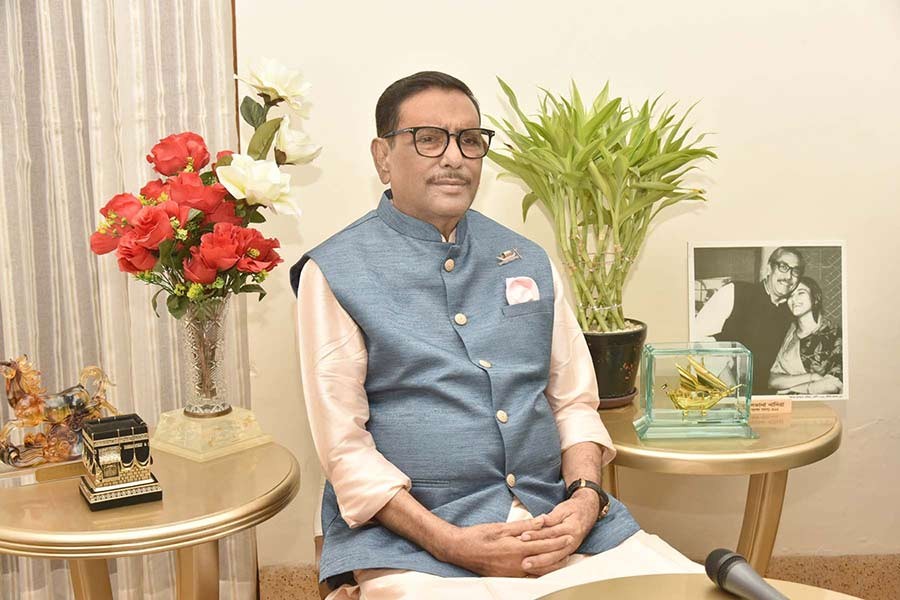 Awami League General Secretary and Road Transport and Bridges Minister Obaidul Quader on Friday said the 1/11 situation was created in the country due to BNP’s corruption and greed for power.

“The ghost of creating the 1/11 situation still remains in the head of BNP,” he said in a statement issued protesting a remark of BNP secretary general Mirza Fakhrul Islam Alamgir.

Noting that the BNP leaders are telling imaginary tales, Quader said they are claiming that Prime Minister Sheikh Hasina’s government is the continuation of the 1/11 government but the country’s people know better why the 1/11 situation was created.

The AL general secretary said the BNP government created 1.23 crore fake voters and in fact, the BNP’s effort to sustain its blind greed for power and reign of corruption paved the way for the 1/11 situation.

Quader said the AL-led grand alliance achieved a landslide victory in the 2008 general election and as a result, it had formed the government.

"So, I would say the then government, led by Sheikh Hasina, was the people's one, not the continuity of the 1/11 government. The government was elected by the people's spontaneous support and vote against the BNP's anti-politics and misrule," he added.

About the ongoing coronavirus pandemic, the AL general secretary said since the beginning of the pandemic, Sheikh Hasina's government has been working relentlessly to protect the lives and livelihoods of people and keep the wheel of the country's economy smooth.

In contrast, he said, from the beginning of this crisis, the BNP has been issuing poisonous statements against the government without standing by the people.

As a result, the BNP leaders are getting isolated from people but they have no attention to this, Quader said, adding that the BNP has joined the competition of falsehood in the name of criticism.

He said the BNP leaders thought that the government would be a failure in collecting coronavirus vaccines as they evaluated Sheikh Hasina's government with their limited knowledge. But, the road transport and bridges minister said, the government has already managed the required vaccines under the unique diplomatic skills and humanitarian leadership of Sheikh Hasina, daughter of Father of the Nation Bangabandhu Sheikh Mujibur Rahman.

"BNP leaders are saying that the government has completely failed in addressing the coronavirus," he said, adding, "The country's people are observing whether the government is successful or not, but what are you doing without lip service?"

Thousands of people across the country are getting vaccinated spontaneously without sporadic incidents in one or two places but the BNP leaders are not seeing it, Quader said.

He said the BNP leaders wanted people to die on the streets without food and treatment, creating a chaotic situation in the country, and then they would fish in troubled waters.

The BNP is still busy hatching conspiracies but the country's people are more aware now, Quader said, adding, "Without direct support of the people, their (BNP) colourful dream of seizing state power in the dark lane won’t come true".