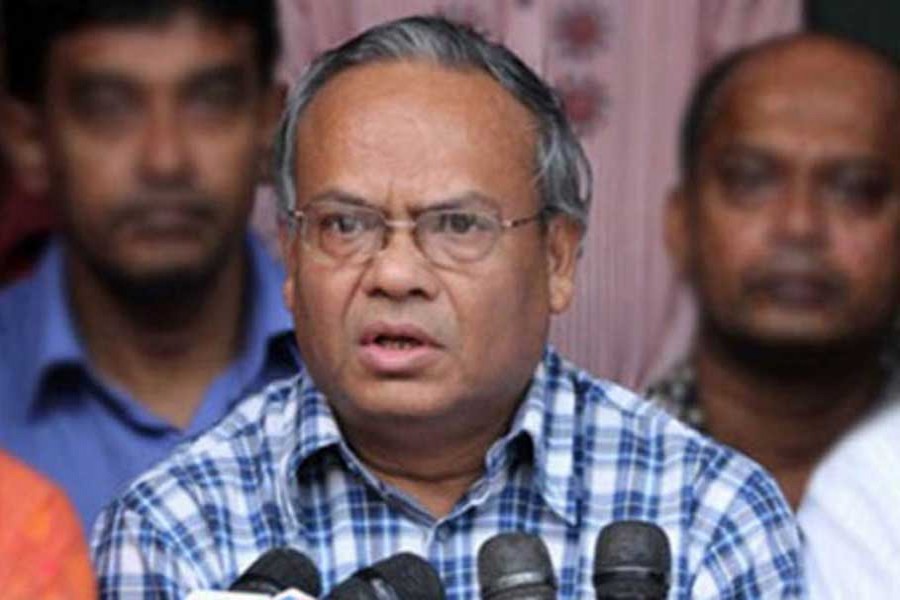 Country’s main opposition party will bring out processions across the country on Monday protesting the attack on their black flag demonstration in the capital.

The black flag programme was also meant for forcing the government to release its chairperson Khaleda Zia from jail, said the BNP senior leader at a press briefing at Nayapaltan, reports UNB.

He alleged that police attacked the party men and foiled their programme without any provocation in the morning in front of the party's Nayaoaltan central office.

He claimed that party's at least 320 leaders and activists, including several women activists, were injured as police charged baton on them.

Earlier in the day, police foiled BNP's black flag demonstration programme in front of its central office protesting the denial of permission to hold a rally in the city.

BNP on February 22, announced the programme protesting the denial of permission for its planned rally on Thursday demanding the release of party chairperson Khaleda Zia from jail.

BNP earlier sought police permission to organise a public rally on February 22 either at Suhrawardy Udyan or in front of its central office, but the police didn't give permission to the party.

On February 8 last, BNP Chairperson Khaleda Zia was sent to jail after a special court sentenced her to five years' rigorous imprisonment in the Zia Orphanage Trust graft case.

HC directs authorities to set up breastfeeding corners at all factories

At least 17 journalists harassed in January