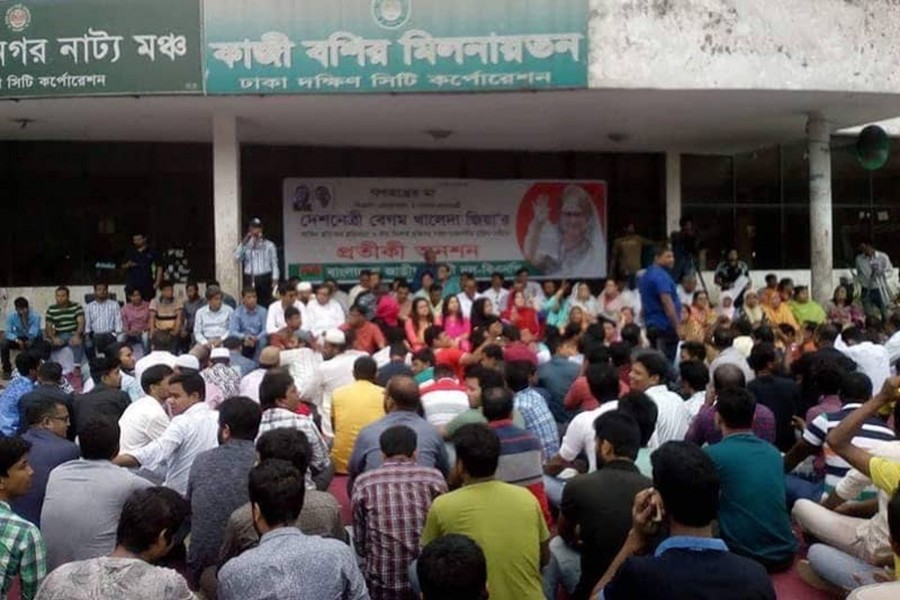 BNP has started a seven-hour token hunger strike at Mohanagar Natya Mancha in Dhaka city on Monday protesting the Supreme Court order upholding its stay on bail granted by the High Court to Khaleda Zia in a murder case filed in Cumilla.

Leaders, activists of BNP, and its associate bodies, pro-BNP intellectuals, civil society members, professionals, and leaders & activists of the 20-praty alliance joined the programme that began at 9:00am.

Leaders of other political parties are scheduled to join the programme to express solidarity.

Besides, the similar programme is being held in all district towns across the country, according to UNB report.

On July 2, the Appellate Division of the Supreme Court upheld its previous order staying the High Court order that had granted bail to Khaleda in a murder case filed over the arson attack in Cumilla on February 3, 2015.