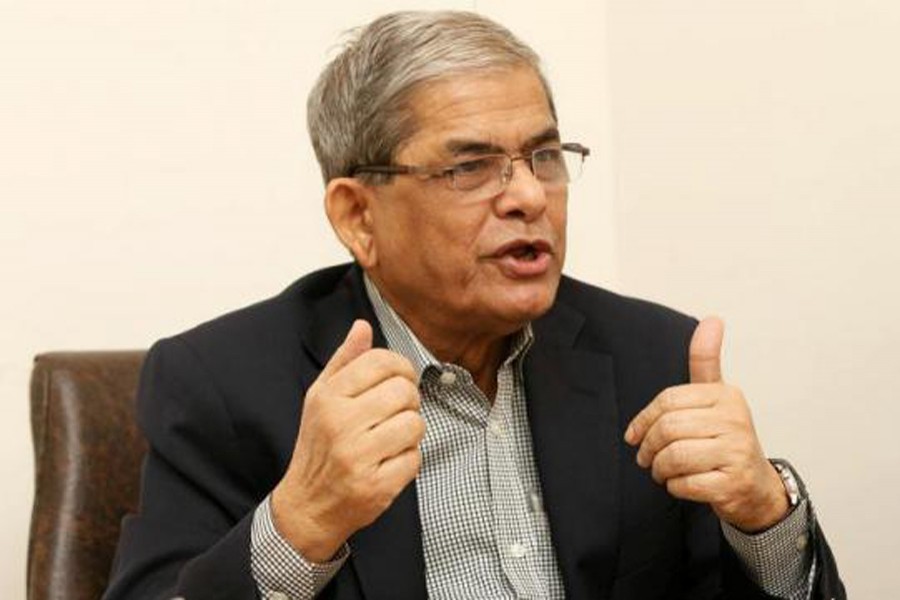 BNP on Friday demanded changes in the draft Road Transport Bill approved by the Cabinet in consultation with experts to ensure safe roads as per demands of the students.

Speaking at a press conference at the party's Nayapaltan central office, he further said, "We demand the government reform the bill through discussions with those working for ensuring road safety to implement the students' demands."

The BNP leader came up with the remarks while speaking at a press conference at BNP's Nayapaltan central office.

On Monday, the Cabinet approved the draft Road Transport Bill with a provision of maximum 5 years' jail for any death or serious injuries caused by reckless or negligent driving, while death penalty for intentional murder by driving.

The approval was given at the weekly meeting of the Cabinet held with Prime Minister Sheikh Hasina in the chair amid the student movement demanding safe road.

Justifying their demands for reform in the bills, Fakhrul said there are neither any specific guidelines in the bill to avoid killings or unexpected incidents caused by reckless driving nor any provision of stern action for it.

"Everybody knows the accident takes place for the crime committed by drivers. But it's the responsibility of owners to appoint drivers, maintain the fitness of vehicles, pay drivers' salary and put them on necessary rest. There's no provision of taking any action against the owners for their negligence in the bill," he observed.

The BNP leader said there is also no provision kept in the bill to take action against those BRTA officials who indulge in corruption and irregularities. "Besides, the High Court's observations in this regard are not given importance in the bill." Fakhrul came down hard on the government for what he said arresting and torturing the students who waged the movement for safe roads and demanded their immediate release.

He accused ruling party men of attacking students during their demonstrations, and urged the government to arrest the attackers.

"We would like to clearly say that BNP had no involvement in violence during the student movement. We demand the arrest of those terrorists wearing masks and helmets brutally attacked journalists and demonstrators in presence of police," the BNP leader said.

Fakhrul said their party extended their support to the student movement as it was justified one. "If our support is an offence, then the Prime Minister and police officials also committed the same crime."

About the rumours on social media during student movement, he said it is happening as the government is obstructing presenting the truth and repressing those who are speaking the truth. "If you want to check rumours, you will have to allow people to talk and present the truth."

He alleged that the ruling party always remains in fear of BNP. "Awami League gets panicked hearing the name of BNP like people suffering from rabies fear water. That's why it (AL) sees BNP's involvement with every incident. It seems to me they (AL leaders) can't sleep at night out of the fear of BNP."

The BNP leader also criticised the government for arresting Drik Gallery Managing Director Shahidul Alam for what he said giving an interview with Al Jazeera Television. "Now people have no right to talk or express their views. The government is regulating the media and freedom of expression as it's an unelected one."