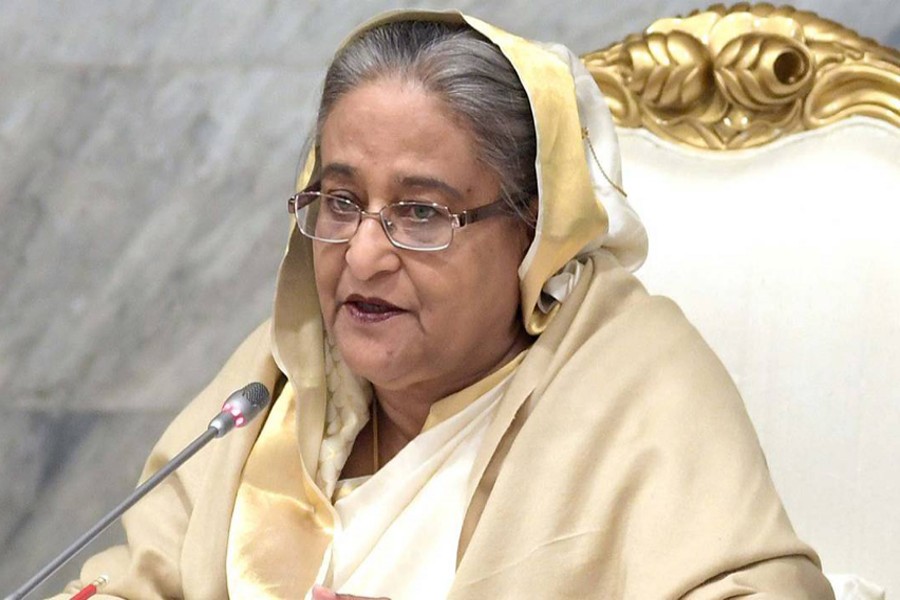 Prime Minister Sheikh Hasina has said BNP had an evil intention to make the 2018 general election questionable and they are still trying to do so.

"Their [BNP’s] intention was to make the Dec-30 election questionable and they’re still trying hard for that," she said.

The Prime Minister said this while addressing a civic reception accorded to her by expatriate Bangladeshis at Hotel Sheraton Munich Arabella Park here on Thursday.

She said BNP and Jamaat had bagged only 28 seats in the 2008 general election. "There was no question about the acceptance of that election."

Sheikh Hasina, also the chief of the ruling Awami League, criticised various remarks of the leaders of the BNP-led Jatiya Oikyafront over the last election, saying that they actually never tried to win the election.

The Prime Minister pointed out that corruption, terrorism and mayhem unleashed by BNP during their anti-government movement and nomination trade as the reasons behind the party’s debacle in the election.

"How can they expect better results than 2008 after committing mayhem in the name of political movement over the last few years?" she said, adding that people did not forget the terrorist activities of BNP which they unlashed across the country in 2013, 2014 and 2015.

Sheikh Hasina said people did not cast their votes for BNP as their involvement in unbridled corruption has got exposed. They (BNP, Jatiya Party and others) had ruled the country for 28 years after the brutal killing of Bangabandhu, but could give nothing to people except killing, military coups, misrule, corruption, money laundering and nepotism, she added.

The Prime Minister thanked the political parties for joining the dialogue she had hosted before the election. "Every party joined the election…such participation was never seen in past elections."

In the 2018 election, Hasina said, all sections of people -- from rural to urban areas – had cast their votes for Awami League. "Even businessmen had expressed their support for us unitedly unlike in the past."

She said Khaleda Zia is convicted for embezzlement of orphans’ funds while Tarique for smuggling 10 truckloads of arms and ammunition and in a grenade attack case.  "So, the big question is why people would cast votes for them in the election."

Sheikh Hasina said BNP picked many Jamaat-e-Islami leaders allowing them to contest the election using the 'Sheaf of Paddy', the election symbol of BNP. "It was also a major cause behind losing public support."

She said BNP could not make it clear to people who would be their prime minister if they were elected to the office and who would form the government.  BNP was more critical about Awami League in the election campaign than letting people know about their future plan. But, the people of Bangladesh know it better what Awami League has done for them."

Regarding the cases filed by the BNP and JOF over the election issue, she said they can file cases with the election tribunal as per election law. "Awami has no objection to it."

The Prime Minister extended her gratitude to the expatriates for their dedicated service to brighten the positive image of Bangladesh abroad, according to UNB news agency.

Sheikh Hasina urged the expatriate Bangladeshis to come forward with investment in Special Economic Zones in Bangladesh, saying there are special facilities on offer for the.

Leaders of different chapters of Awami League in European countries greeted the Prime Minister with bouquets.