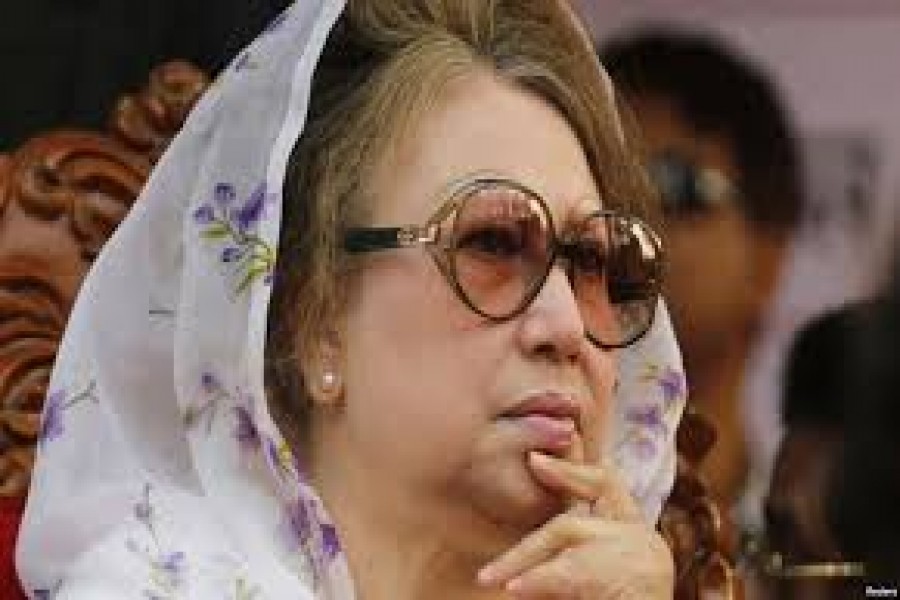 BNP submitted memorandums to deputy commissioners (DCs) across the country, including Dhaka, on Thursday, demanding its chairperson Khaleda Zia's proper medical treatment and her release from jail before Eid-ul-Fitr.

In Dhaka, several hundred BNP leaders and activists gathered near the Dhaka DC's office around 10:30am and chanted various slogans, demanding Khaleda's release.

Talking to reporters, Salam said the government has kept their ailing chairperson Khaleda Zia in jail without providing her with proper treatment.

"We submitted a memorandum to the DC demanding her release and proper treatment at the United Hospital," he said.

Salam warned that the government will have to shoulder all the responsibilities if anything bad happens to Khaleda.

He said all other district units of the party also submitted memorandums to their respective DC offices to push for the same demand.

On February 8, Khaleda was sent to jail after a special court sentenced her to five years' rigorous imprisonment in Zia Orphanage Trust graft case.