BNP set to bring out rally marking May Day 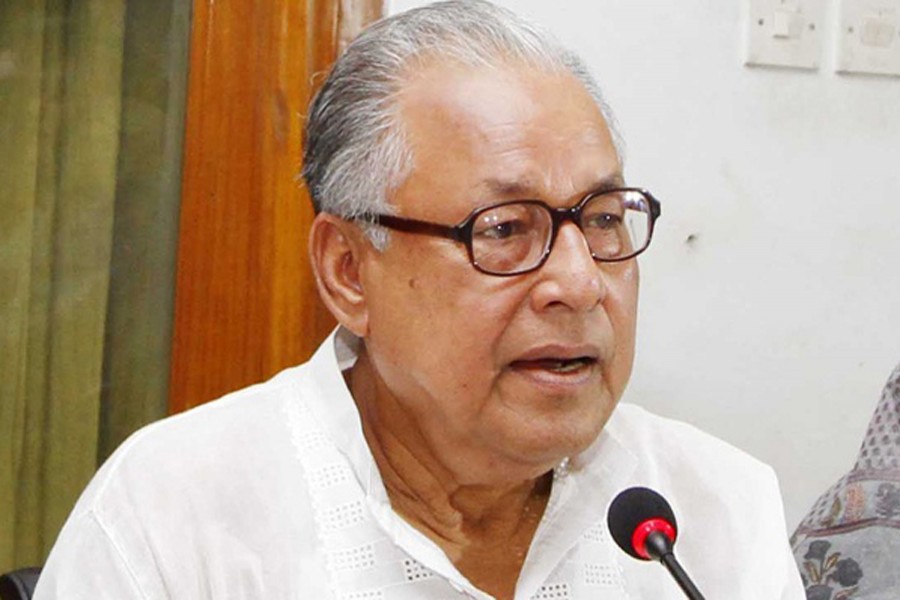 Having failed to get permission for a workers' rally at Suhrawardy Udyan, BNP's labour wing Jatiyatabadi Sramik Dal has decided to bring out a rally in the city on Tuesday, marking the May Day.

He said they earlier sought permission from the Dhaka Metropolitan Police (DMP) through a letter for holding a meeting at Suhrawardy Udyan over the International Workers' Day on Tuesday. "They still didn't respond to it."

Under the circumstances, Khan said, "We've decided to take out a workers' rally from in front of our Nayapaltan central office at 11 am on the May Day."

He said they have already informed the DMP authorities about bringing out the rally.

Speaking at the programme, BNP senior joint secretary general Ruhul Kabir Rizvi said it is regrettable that the government did not allow the Sramik Dal to hold the meeting at Suhrawardy Udyan on the International Workers' Day. "They didn't give the permission as the word Jatiyatabadi is tagged with Sramik Dal."

He said Awami League does not allow its opponents to hold any public rally as it fears people and their gatherings. "It's an anti-people and anti-workers government."

Earlier on April 21, BNP standing committee member Nazrul Islam Khan announced that Sramik Dal would hold a workers' meeting at historic Suhrawardy Udyan in the city on May 1.

May 1, the International Workers' Day, will be observed in Bangladesh as elsewhere across the world on Tuesday amid various programmes highlighting the worker's rights and safety at workplaces.