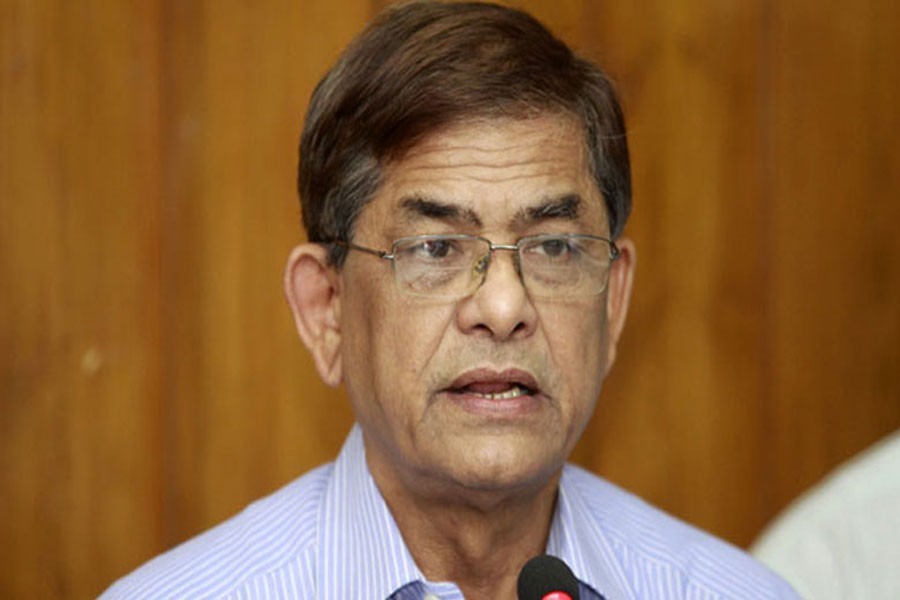 BNP Secretary General Mirza Fakhrul Islam Alamgir has alleged that the government has 'sold itself' to Myanmar through signing the Rohingya repatriation instrument with the neighbouring country.

"Under which compulsion have you (govt) sold yourself to Myanmar without understating the country's interests? You should tell the nation from where you received the pressure to do so," he said.

Fakhrul came up with the comments on Sunday while speaking at a discussion arranged by Jatiyatabadi Swechchhasebak Dal at the Institution of Diploma Engineers, Bangladesh, marking BNP senior vice-chairman Tarique Rahman's 53rd birthday.

Earlier on Thursday, Bangladesh and Myanmar signed an 'instrument' on the Rohingya repatriation with high hopes that the forcibly displaced Rohingyas would start returning to their homeland within the next two months.

According to a UNB report, Foreign Minister AH Mahmood Ali at a press conference on Saturday said Myanmar would take back the displaced persons of Rakhine state who entered Bangladesh after October 9, 2016 and August 25, 2017 following the document signed with Myanmar.

Fakhrul said UN body UNHCR voiced concern over the agreement as the current condition of Myanmar is not suitable for safe and sustainable return of Rohingyas.

He also came down hard on Prime Minister Sheikh Hasina for her remarks that Bangladesh never ever earned such huge diplomatic success, saying the government's achievement is that it signed the repatriation document accepting all the conditions of Myanmar. "I want to say with regret that the current regime has no sense of self dignity."

Referring to the some parts of the deal, the BNP leader said the government has recognised through signing the instrument that Rohingyas were driven out of Myanmar following a terror attack by them, and no genocide or ethnic cleansing was carried out there. "One will get an impression going through the deal that the government has accepted whatever Myanmar said."

"Where are you (govt) sending the Rohingyas? They fled from the grasp of a tiger in fear of death, but you're again pushing them towards the same tiger. Your party men are branding you as a mother of humanity. It's a politics of fooling people."

About the next general election, he said it must be held under a non-party administration, not under the Awami League-led one. "There's no use of making the constitution a plea. Your days are numbered. Now think about your departure."

The BNP leader alleged that the government has created a constitutional crisis by not appointing a new Chief Justice after forcing Surendra Kumar Sinha to quit.