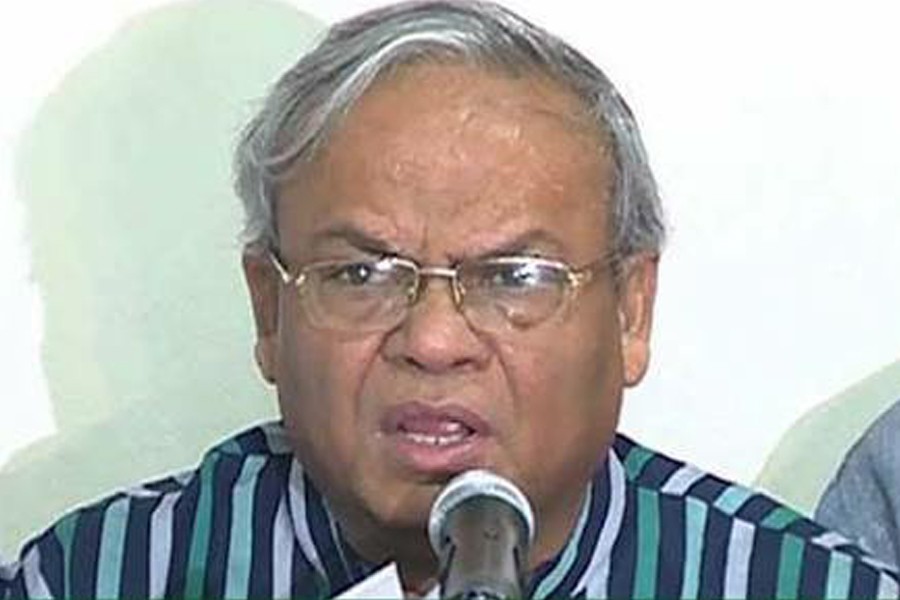 Bangladesh Nationalist Party (BNP) on Monday postponed its scheduled public rally at Suhrawardy Udyan on February 8 due to the ongoing Ekushey Book Fair.

Instead of the public rally, BNP will now hold a protest rally at the Institution of Engineers, Bangladesh on the same day, marking the 1st anniversary of jailing of its chairperson Khaleda Zia in a graft case.

BNP senior joint secretary general Ruhul Kabir Rizvi came up with the announcement at a press conference at the party's Nayaplatan central office on Monday.

"We had earlier announced to hold a rally at Suhrwardy Udyan on February 8 demanding the release of our chairperson Khaleda Zia and our arrested other party leaders and activists. We've postponed it due to the Book Fair. We've decided to stage a protest rally on the same day at the Institution of Engineers, Bangladesh," Rizvi said.

Earlier on January 29, the party announced to hold the public rally in the capital.

On February 8, 2018, Khaleda was sent to Old Dhaka Central Jail after her conviction in the Zia Orphanage Trust graft case.