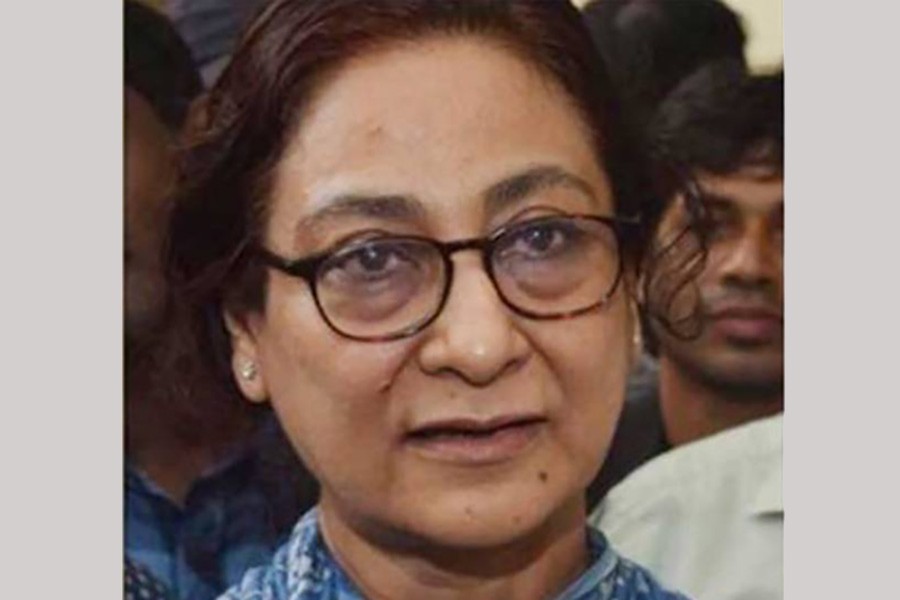 BNP has nominated Rita Rahman, chief of People’s Party of Bangladesh, one of the components of the 20-party alliance, as its candidate to contest the Rangpur-3 by-election.

He said Rita, daughter of BNP founder member Moshiur Rahman Jadu Mia, will contest the by-polls as the candidate of ‘Sheaf of Paddy’.

Rita had also contested the December-30 parliamentary polls from the same seat as a Jatiya Oikyafront candidate and got defeated to late Jatiya Party Chairman Ershad.

Five people, including two women, collected the nomination forms of BNP to contest the upcoming by-election to Rangpur-3 seat with its ticket.

The by-election to the Rangpur-3 seat which fell vacant following the death of Jatiya Party Chairman HM Ershad will be held on October 5.

According to the election schedule, the deadline for the submission of nomination papers is September 9.