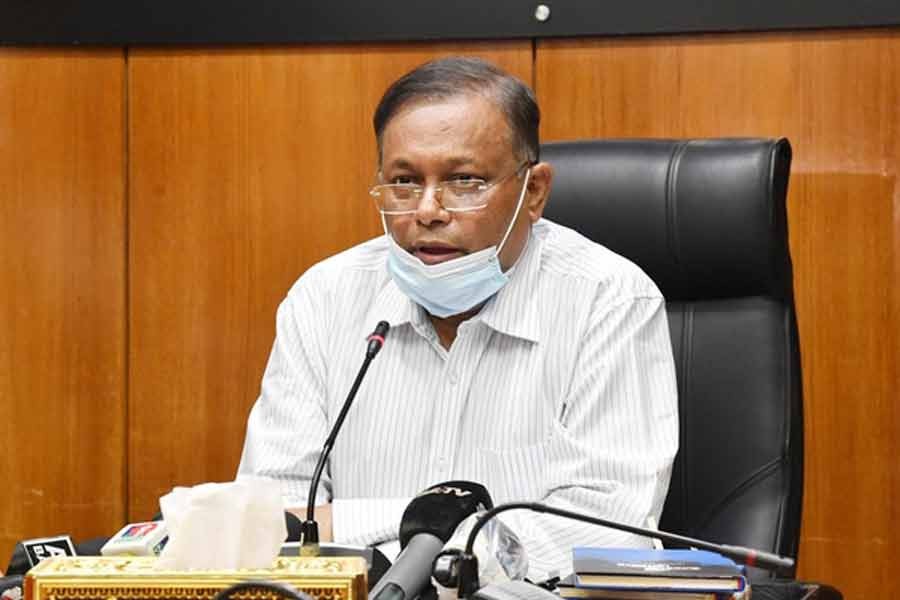 Information and Broadcasting Minister Dr Hasan Mahmud on Sunday said BNP and NGO personalities, who are always busy criticising the government, cannot be found beside the countrymen during the COVID-19 pandemic.

“BNP did photo sessions instead of standing beside the common people at the beginning of the epidemic. And, presently, during the second wave, they (BNP) cannot be found even with binoculars,” he said, addressing a function at Awami League president’s political office in city’s Dhanmondi.

Hasan said some NGO’s (non-government organisations) which did photo sessions by giving something to few people and sent those pictures to different funders also cannot be found during the COVID-19 situation. Of them, some are busy criticising the government, he added.

Terming the politics as a vow, the minister said five central leaders of the Awami League died due to coronavirus infections.

“They all stood beside the common people,” he added.

Besides, he said, many leaders and activists of the Awami League died due to the virus while hundreds of leaders have been infected.

Nasim, in his speech, urged all to remain alert against all ill efforts including BNP who try to take political benefit through using the COVID-19 situation.