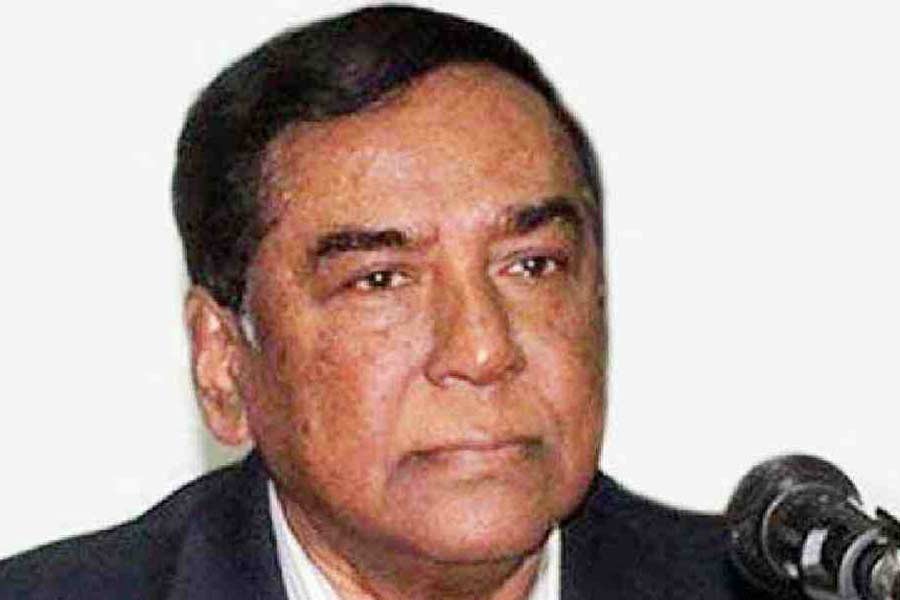 Terming untrue the allegations mentioned in the show-cause notice served on him, BNP Vice-Chairman Maj (retd) Hafizuddin Ahmed on Saturday said he felt insulted as the party issued it in an ‘attacking language that goes against courtesy and protocol’.

In a press conference at his Banani residence, the BNP leader also said though he got aggrieved over the show-cause notice, he has decided not to quit the party right now at the request of party leaders and activists.

He demanded that his replies to the show-cause notice be presented at the party standing committee’s meeting, reports UNB.

Earlier in the day, Hafiz submitted his five-page replies to the show-cause notice to BNP’s Nayapaltan central office.

"As a war-wounded and gallantry-award-recipient freedom fighter, I’m shocked to receive a show-cause notice with untrue allegations in a disrespectful language on the Martyred Intellectuals Day in the month of Victory,” he said.

Hafiz said, "My humble request is that my statements be presented to the members of the standing committee. If I’m found guilty in the context of the statements, I’m ready to accept any punishment as I always respect the party leadership.”

He said Rizvi presented some wrong information and wrongly spelt his name in the show-cause notice.

The BNP leader also questioned the justification of indecorously issuing a show-cause notice to a party vice-chairman, who has been holding the post for the 22 years, by a party senior joint secretary general.

"Ruhul Kabir Rizvi is a polite, devoted and sincere leader, and I’ve a good relationship with him. I didn’t expect such a letter from him,” Hafiz said.

The same day, the party also served a show-cause notice on its vice-chairman and journalist leader Shawkat Mahmud for violating the party discipline by staging a sudden demonstration in the city by ‘misguiding’ party leaders and activists.

Shawkat Mahmud submitted his replies to the show-cause notice within 72-hours.

Hafiz said he planned to resign from the party, but leaders and activists of his constituency rushed to Dhaka from Bhola and requested him not to quit or go on retirement from politics.

"I didn’t resign today at their request. I want to see if my explanation is satisfactory to them (leaders), and then I’ll take the next decision,” he added.

In the show-cause notice, Hafiz said 11 allegations were brought against him and he defended all those.