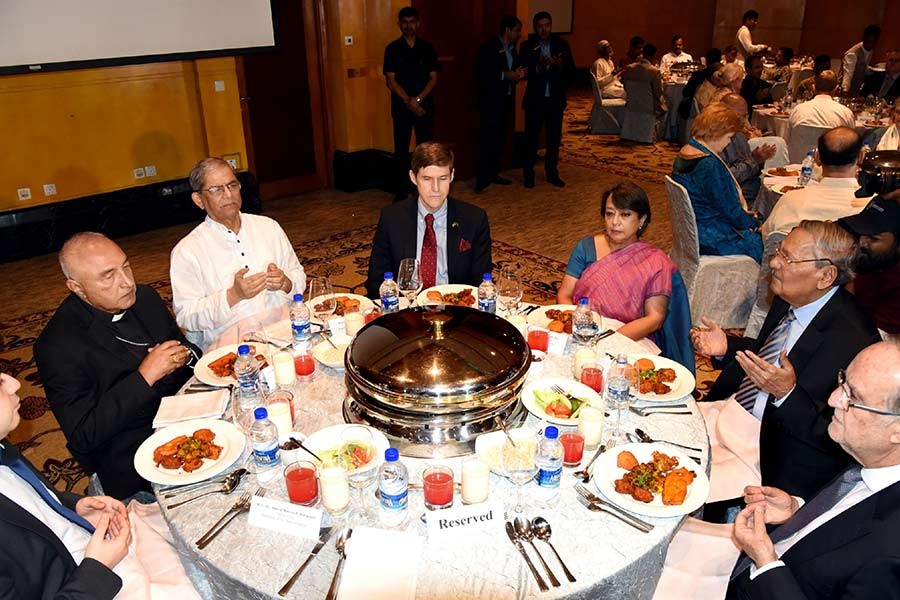 BNP, on behalf of its detained Chairperson Khaleda Zia, hosted an iftar party on Tuesday at a city hotel in honour of foreign diplomats working in Bangladesh.

Before the iftar, BNP secretary general Mirza Fakhrul Islam Alamgir went round the banquet hall and exchanged pleasantries with the guests at the party.

Khaleda used to host an ifatr for foreign diplomats during Ramadan every year.

She was sent to jail on February 8, 2018 as she was convicted in a graft case. The BNP chief was shifted to Bangabandhu Sheikh Mujib Medical University on April 1 last due to her illness.