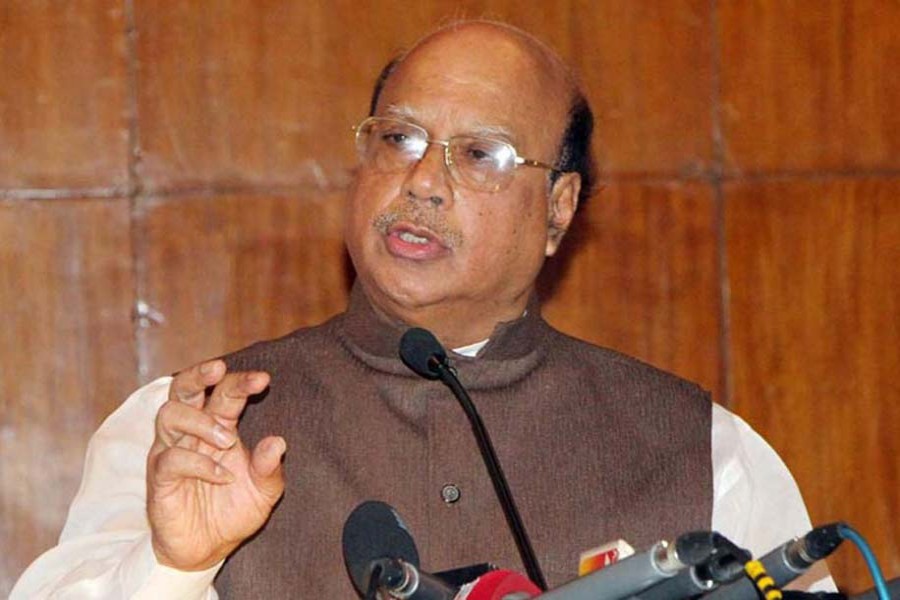 Health and Family Welfare Minister Mohammad Nasim on Sunday said BNP will have to accept results of the next national election.

"BNP tried to resist the January 5 election which was held in 2014, but they failed...BNP will not only take part in the next polls, but also accept the results," he said.

Nasim, also a presidium member of Awami League, said it to reporters after addressing a programme at Spectra Convention Center in city's Gulshan.

According to a BSS report, Nasim said children would get health services at the community clinics side by side the pregnant mothers.

Around 10,000 doctors will be employed in the clinics soon to this end, he added.