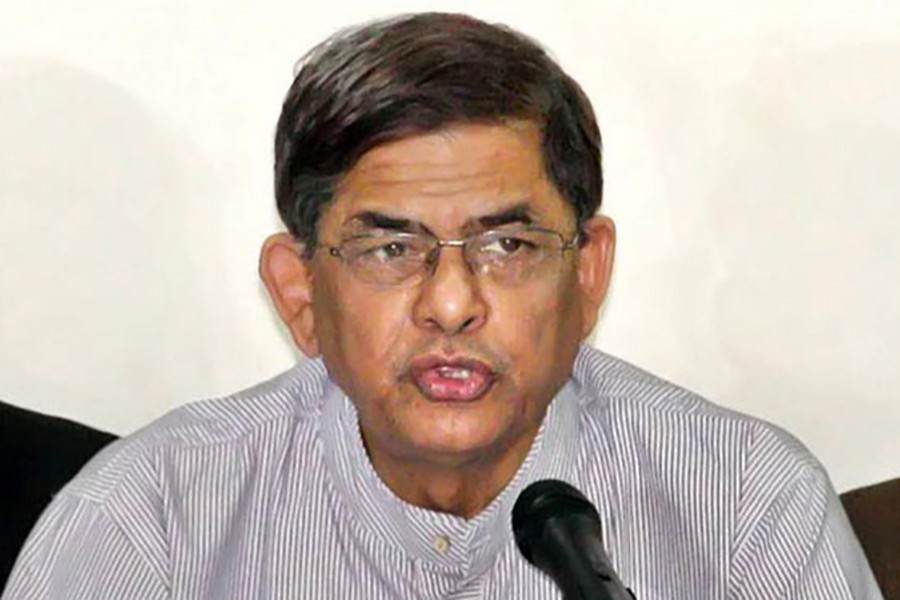 BNP on Sunday feared that the government is trying to amend the Representation of the People Order (RPO) to remove Khaleda Zia and Tarique Rahman from their party's leadership and make them disqualified for election.

"The government has been on a serious plot against our party chairperson Khaleda Zia and acting chairman Tarique Rahman. They're trying to add a similar section to the RPO which BNP revoked from its Constitution," said party secretary general Mirza Fakhrul Islam Alamgir.

Speaking at a press conference at the party's Nayapaltan central office, he further said, "We've come to know from credible sources that the government is making evil efforts to remove Khaleda Zia and Tarique Rahman from the party's leadership by adding the section to the RPO through the Election Commission."

Replying to a question, the BNP leader said they fear that the move was taken also to make Khaleda and Tarique disqualified for the national polls, reports UNB.

He alleged that Prime Minister Sheikh Hasina on Wednesday in parliament made some 'bizarre and false' comment about the amendment of section 7 of BNP's party charter. "The section 7 of BNP's constitution was amended at our sixth national council which was later submitted to the EC."

Ahead of the court verdict against Khaleda in Zia Orphanage Trust case on February 8, BNP deleted section 7 of its constitution that barred a convicted person from staying in the committees of the party.