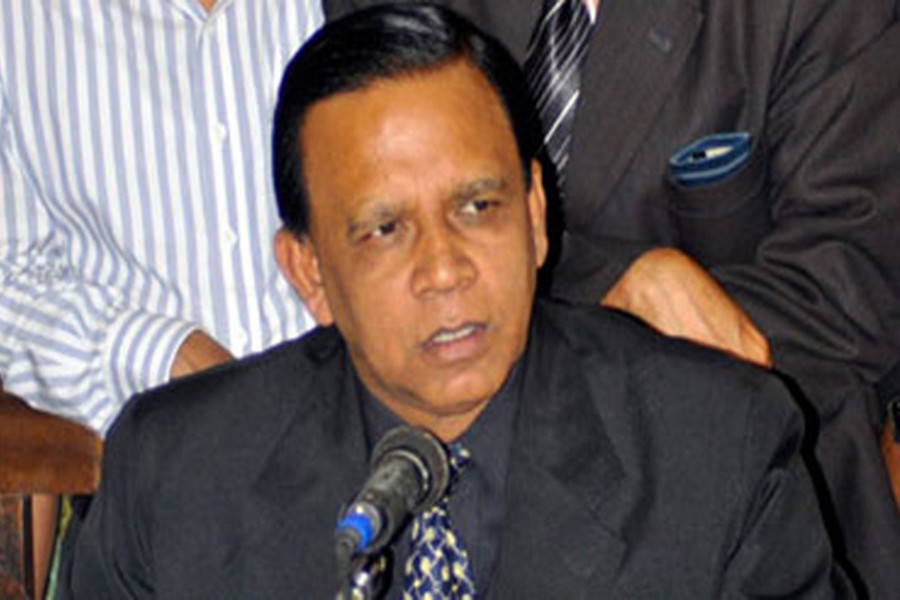 It is ‘easy to guess’ what kind of verdict will be rendered, he said.

The BNP leader and Supreme Court Bar Association General Secretary made the remarks on Sunday evening at a meeting of expatriate party activists in New York’s Brooklyn on Sunday evening, according to a bdnews24 report.

“The BNP is facing a major crisis for the third time,” he said. “The first time was after the murder of President Ziaur Rahman and the military rule of HM Ershad. Nearly eighty percent of BNP activists had to join Ershad’s party.”

The second major crisis came after Jan 11, 2007 during the caretaker government, he said.

It is for this reason that BNP chief Khaleda Zia is facing a ‘conspiracy organised by neighbouring countries’, the Supreme Court advocate said.

The former prime minister and five others, including her son Tarique Rahman, stand accused of embezzling Tk 21 million in foreign donation meant for the Zia Orphanage Trust.

The Anti-Corruption Commission started the case nine years ago, in July 2008 during the military-installed caretaker regime.

Over a year later, charges were pressed against six people, including Khaleda and Tarique, who serves as the senior vice-chairman for the BNP.

In March 2014, the trial started after all of them were indicted.

The three-time prime minister faces up to life in prison if found guilty of the charges.

The verdict in the case is set to be announced on Feb 8.