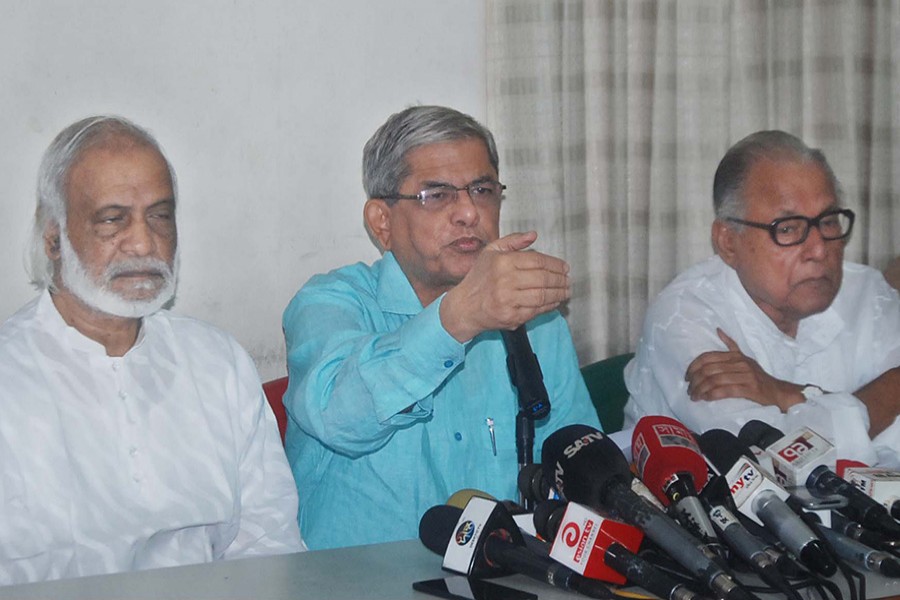 BNP has announced a fresh date for holding its rally at Suhrawardy Udyan in Dhaka city as police denied the party to hold it on Monday.

BNP secretary general Mirza Fakhrul Islam Alamgir came up with the announcement at a press briefing at its Nayapaltan central office.

He said the party had all the necessary preparations for the rally but police denied it on security grounds just a day before the rally. "But we want to avoid any types of conflicts and confrontation and want to exercise the opposition's democratic rights of holding rallies and meetings in a peaceful manner."

Fakhrul further said, "We're trying to tackle everything with patience. That's why we've taken a different decision instead of announcing any protest progrmme."

The BNP leader hoped that good sense will prevail upon the government to allow the party to hold the rally on the fresh date, according to a UNB report.

On March 2, BNP announced to hold a rally at Suhrawardy Udyan this, demanding the release of its Chairperson Begum Khaleda Zia from jail.