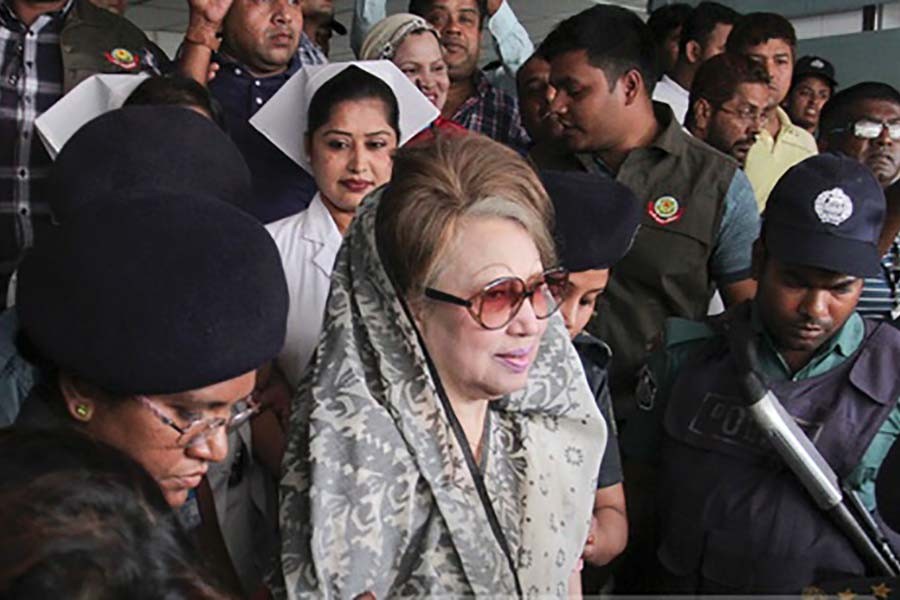 BNP has demanded that Khaleda Zia should be transferred to Gulshan’s United Hospital without delay after her health ‘deteriorated even further’.

“Her condition has worsened. The pain in her arms, legs and waist have increased. She needs better medical care on an emergency basis.”

Asked how he had learned of her condition, Rizvi said she had been visited by family and friends. Her lawyers had also visited her a few days ago.

“And we cannot always disclose sources. We hear the news in many ways. You are also keeping tabs on news from the prison. We are also getting word that way.”

“I am expressing grave concern regarding the critical health condition of BNP Chairperson and ‘Mother of Democracy’ Begum Khaleda Zia on behalf of millions of people and the party and call for her immediate transfer to United Hospital where she will be monitored by her personal doctors, and the assurance of proper medical care.”

BNP chief Khaleda Zia has been kept at the old prison house at Nazimuddin Road since her sentencing in the Zia Orphanage Trust graft case on February 8.

She fell ill near the start of April and a medical board of Dhaka Medical College Hospital doctors was formed for her medical tests.

The BNP demanded that she be allowed to see her personal doctors. On April 7 Khaleda Zia was taken to Bangabandhu Sheikh Mujib Medical University Hospital for X-ray tests.

Rizvi claimed at Monday’s press conference that though the medical board had recommended an ‘orthopedic bed’ be provided, the prison authority has yet to do so.