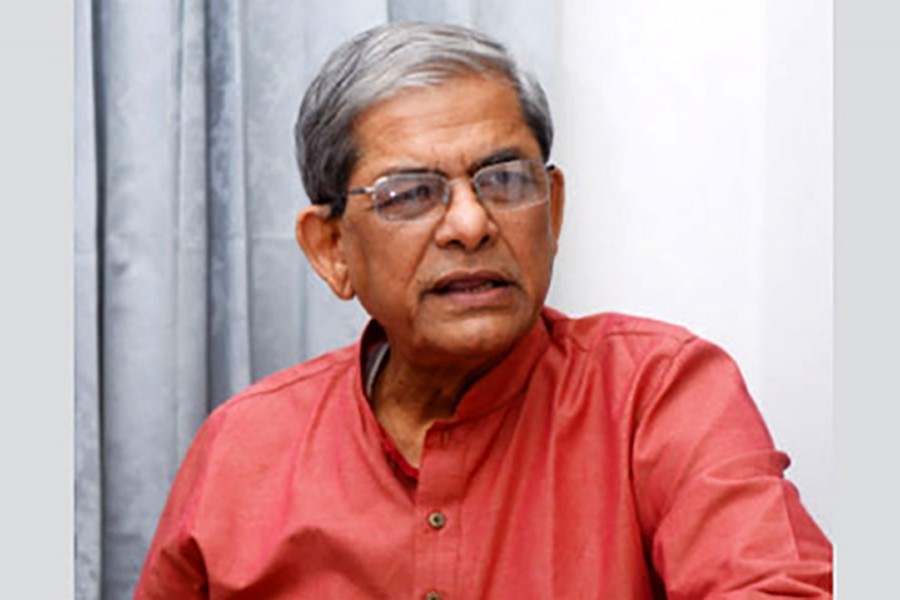 "Our self-declared Prime Minister used to see the ghost of Zia family and BNP everywhere. Otherwise, how could you involve Khaleda Zia and Ziaur Rahman in the 1975 incident? You're making unguarded remarks," said BNP secretary general Mirza Fakhrul Islam Alamgir.

He further said, "As a politician having the experience of governing the country, such imprudent comment doesn't fit your mouth. But it's your habit to make such ridiculous comments. We strongly condemn her remark."

The BNP leader also urged the government to come to the right path refraining from making unguarded comments.

Speaking at discussion on National Mourning Day on Thursday, the Prime Minister said "Zia's wife (Khaleda) brought self-confessed killer of the Father of the Nation (Sheikh Mujibur Rahman) to Parliament by rigging votes. What does it mean? It was not only Zia but also his wife involved in the conspiracy of the August-15 carnage. There's no doubt."

Fakhrul urged the country's people to wake up for ensuring a safe and independent Bangladesh, UNb reported.

"An uneasy situation has been prevailing in the country. Our girls are being picked up at the dead of night accusing them of instigating student movement. They're also blaming us for prompting the students," he said.

The BNP leader also said their party extended its support to the student movement from the very first day. "We must support the students' demands for quota reform and safe roads. We also call upon people to come forward not only for safe roads, but also for safe Bangladesh. Wake up and liberate the country again."

Fakhrul also urged people, including the political parties and professionals, to get united to save the country from Awami League's misrule. "Political parties have the greater responsibility to protect people. Our leader (Khaleda) before going to jail called for a unity to remove the current monstrous regime."

Referring to Awami League leader Obaidul Quader's comment on a conspiracy like 1/11 one by BNP, he said the ruling party is the most beneficiary of the 1/11 political changeover. "It's a dangerous comment (of Quader). Why're you not quitting power as you're hearing the footstep of the 1/11 due to your failure (to run the country?).”