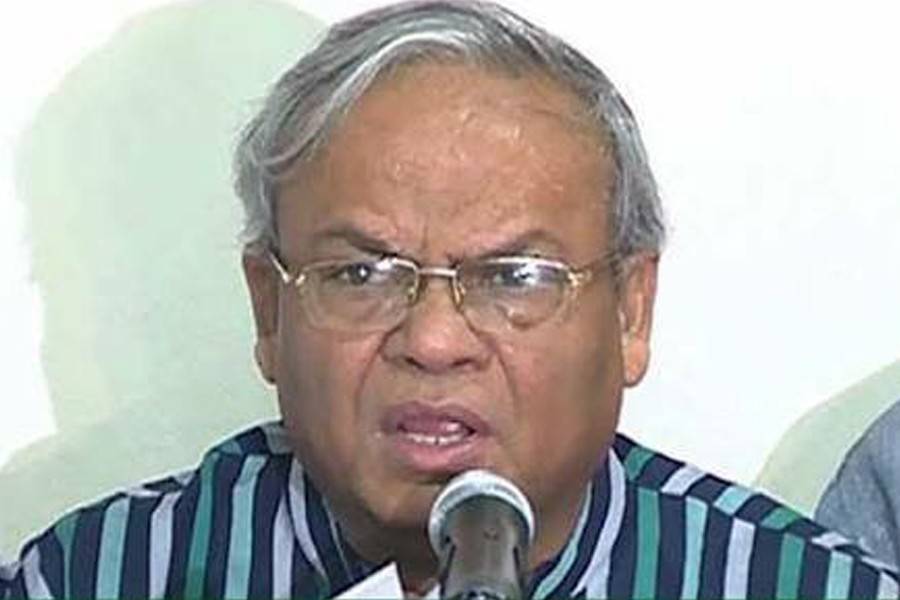 In the wake of its debacle in Sunday's polls, BNP has convened an emergency meeting of the candidates who contested the 11th national election with its symbol the 'Sheaf of Paddy'.

The meeting will be held at 10am on Thursday at BNP chairperson's Gulshan office, said BNP senior joint secretary general Ruhul Kabir Rizvi.

Earlier in the morning, an urgent message was sent to all the candidates of the 'Sheaf of Paddy' from BNP's Nayapaltan central office asking each of them to submit a report on eight issues, including election irregularities, vote rigging, arrest of agents and party leaders and activists and the unusual vote cast, with necessary documents to party secretary general Mirza Fakhrul Islam Alamgir as soon as possible.

Besides, the candidates have been asked to include the video footages on election frauds, if they have, with their reports, a BNP assistant office secretary told UNB wishing anonymity.

He said their party has taken the move to collect documents and information about vote rigging from every seat to submit those to the Election Commission and other important offices at home and abroad to reinforce their demand for re-election under a non-party administration.

An Oikyafront senior leader said all of their candidates may go to the Election Commission to submit the memorandum after their meeting at the BNP chairperson's Gulshan office on Thursday.