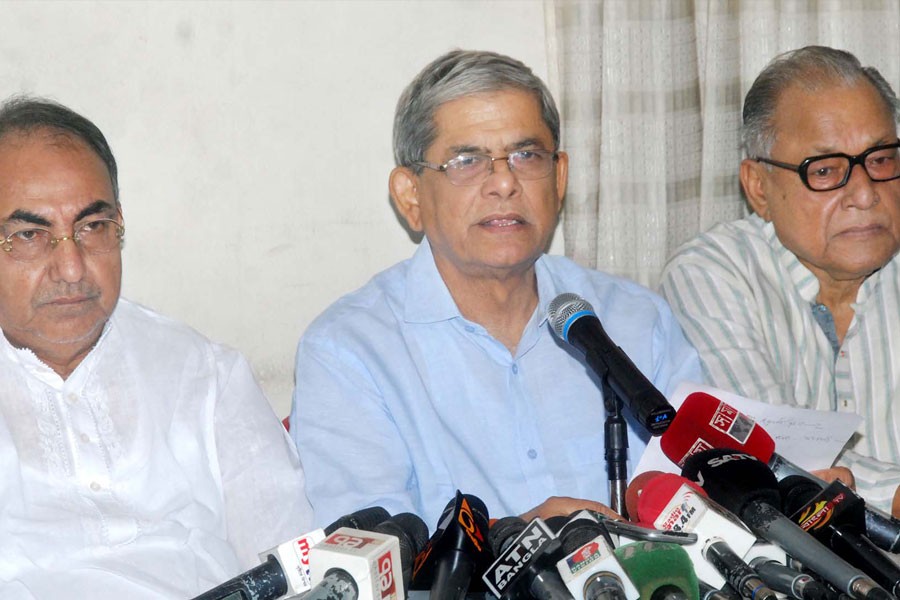 Leaders and activists of BNP and its associate bodies will stage demonstrations across the country on Tuesday demanding the release of its chairperson Khaleda Zia from jail.

BNP Secretary General Mirza Fakhrul Islam Alamgir came up with the announcement at a press conference at their Nayapaltan central office on Monday, reports UNB.

He said the party’s district and city units will demonstrate tomorrow (Tuesday) at their convenient time and venues.

Fakhrul said the protest programme will also be observed at every thana in the capital seeking Khaleda Zia’s release from jail.

The party also rescheduled its Monday’s planned rally at Suhrawardy Udyan in Dhaka for March 29 as the Dhaka Metropolitan police authorities did not respond to its application seeking permission for the programme.

Earlier on March 12, BNP announced to hold the rally at Suhrawardy Udyan on March 19, having failed to get permission to hold the similar programme on that day.

On March 2, BNP first announced to hold a rally at Suhrawardy Udyan on March 12, demanding the release of its chairperson from jail.

The DMP authorities, however, informed BNP on March 11 that they could not permit the party to hold its rally on security grounds.