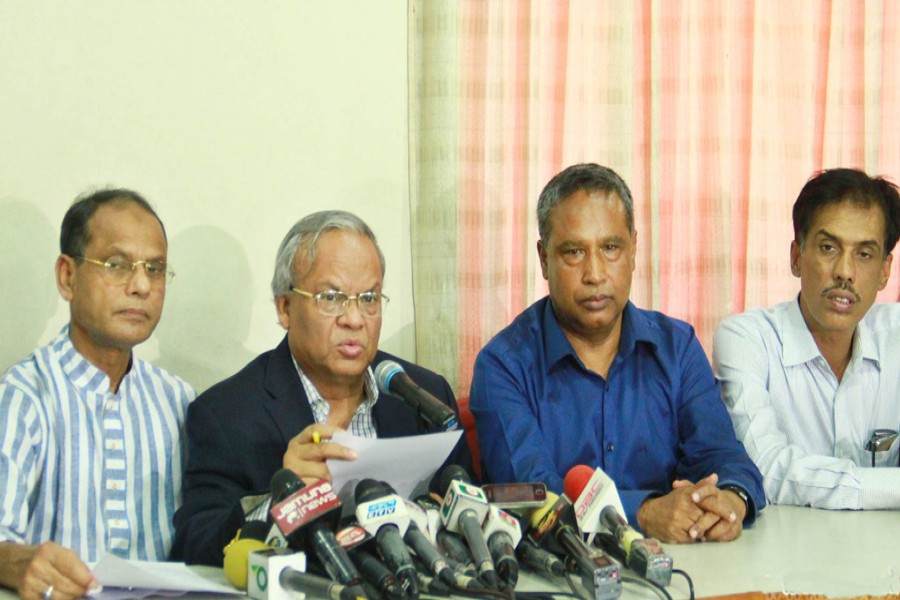 BNP has decided to hold a public rally in the city on February 22 demanding the release of its chairperson Khaleda Zia from jail, reports UNB.

Speaking at a press briefing at the BNP's Nayapaltan central office here on Friday, party senior joint secretary general Ruhul Kabir Rizvi said that they have decided to hold the rally either at Suhrawardy Udyan or in front of the central office on the day.

He said they have already sought permission from the authorities concerned for arranging the programme.

He said their party's countrywide mass signature collection drive demanding the release of Khaleda Zia will formally begin at 11am at Nayapaltan central office on Saturday.

BNP on Thursday announced another round of peaceful countrywide protest programme.

The programme includes collecting signatures from mass people across the country on Saturday, submitting memorandums to all the deputy commissioner offices on Sunday and staging demonstrations in all the district towns and metropolitan cities, except Dhaka, on Tuesday.

A special court convicted former prime minister and BNP chairperson Khaleda Zia and sentenced her to five years' imprisonment in the Zia Orphanage Trust graft case on February 8 last. She was then sent to the old central jail at Nazimuddin Road in the city.

As part of the programme, the party observed a token hunger strike on Wednesday while formed a human chain in front of the Jatiya Press Club on Monday and staged a sit-in programme in front of the party's Nayapaltan central office on Tuesday.