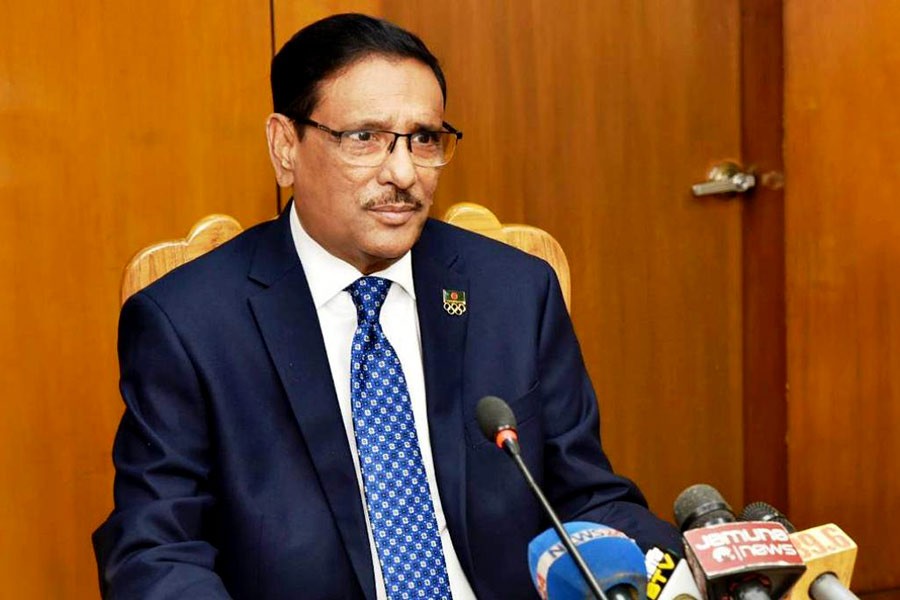 Awami League General Secretary Obaidul Quader has alleged that BNP activists, led by their senior leader Mirza Abbas, attacked police 'without any provocation' as part of the party's 'plot' to foil the election and topple the government.

Quader's comments came hours after BNP activists clashed with the police in front of their headquarters at Naya Paltan in Dhaka on the third day of the party’s nomination form sale on Wednesday, reports UNB.

"They (BNP activists) led by Mirza Abbas swopped on police today (Wednesday) without any provocation... they exposed their heroism and plot to foil the election by attacking police," said Obaidul Quader.

Speaking at press conference at Awami League President's Dhanmondi office, he further said, "Today's incident demonstrated that their intention is not to join the election, but to foil it and oust the popular government of Sheikh Hasina."

Quader, also the Road Transport and Bridges Minister, said two police vans were torched, another was damaged, and 13 police members were seriously injured in the attack.

He said the wounded police men were admitted to a hospital for receiving treatment.

Earlier in the day, a fierce clash broke out between police and BNP leaders and activists in front of BNP's Nayapaltan Central office, leaving an unspecified number of people, including law enforcers, injured.

Witness said BNP standing committee member Mirza Abbas along with his several hundred supporters marched towards their party office around 12:40pm and started staging a showdown there before buying party's nomination paper, halting traffic on the road.

The clash ensued as police locked into an altercation with the BNP leaders and activists over clearing road for vehicular movement.