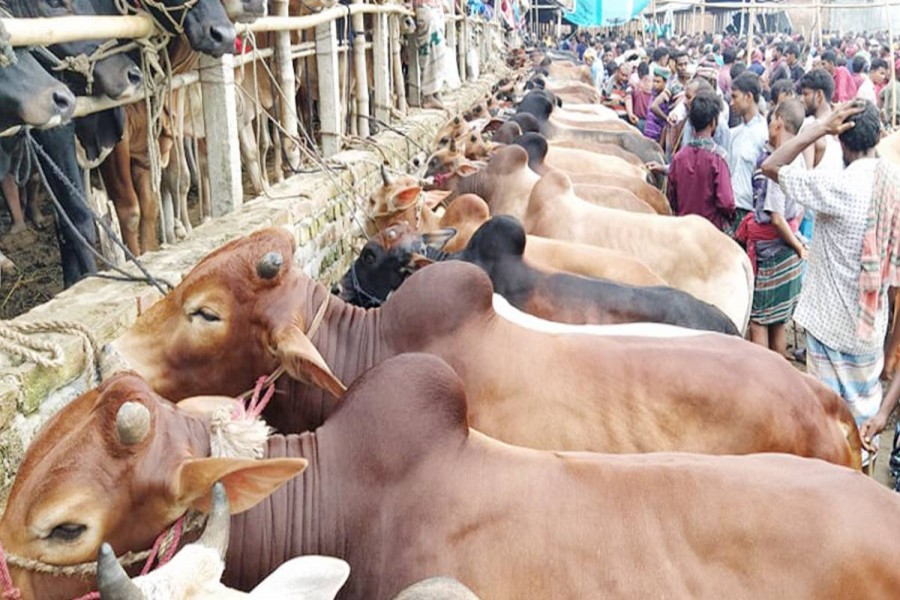 Members of Border Guard Bangladesh (BGB) are on high alert to prevent cattle smuggling as the smugglers remained active ahead of Eid-ul-Azha, the second largest religious festival of Muslims.

BGB has increased patrolling in the bordering area of Chapainawabganj apprehending that the cattle smuggling may increase ahead of the Eid-ul-Azha, reports UNB.

Commanding officer of BGB-53, Lieutenant Colonel Mohammad Suruj Mia said that cattle smuggling from the neighbouring countries may rise this year as people, who are involved in the smuggling directly or indirectly in the country, are getting active in the current monsoon.

Following the increase in such illegal activities, the lives and property of the people living in the bordering areas of the district will be at risk, said a press release of BGB issued on Monday.

In addition, Covid-19 also infected many people in the neighbouring country which could pose serious threat to Bangladesh.

In this situation, the BGB has increased patrolling in the bordering area to prevent smuggling and to protect the life and property of the people living in the border areas.

According to sources, cattle smugglers have used the Chapainawabganj border as vast areas of the district along the bordering area is covered by Padma River.

In the rainy season, water level of the river rises and cattle smugglers take advantage of the season as the river is the easiest way to cross cattle, said the sources.