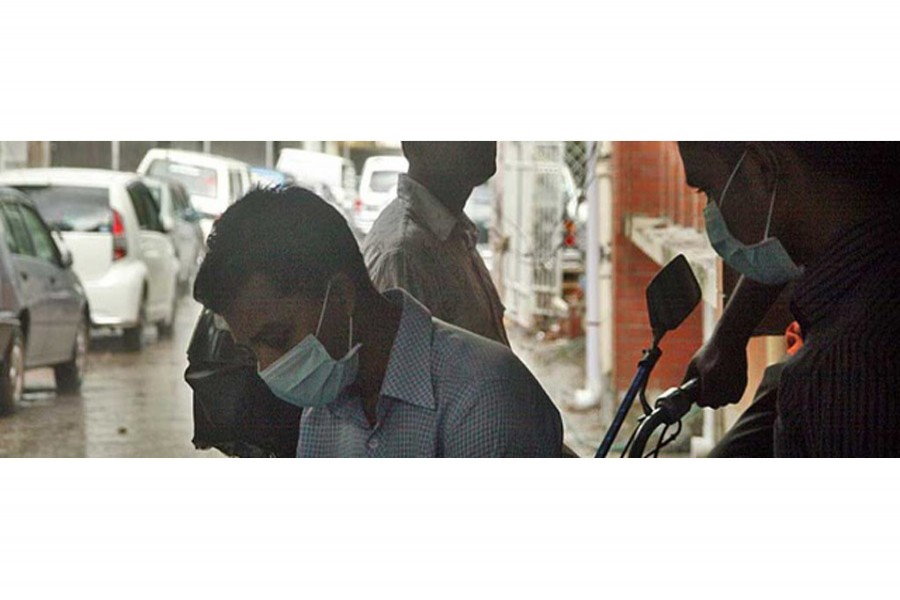 Representational image: Many crowded the IEDCR in Dhaka for swine flu tests during a global outbreak in 2009

The authorities have tested over 2,000 travellers from China and no one has been found infected with coronavirus but experts believe Bangladesh still risks an outbreak.

South Asian neighbours Pakistan and Nepal have confirmed coronavirus cases while India has kept over 100 people under observation following screening for a possible exposure to novel coronavirus, or nCoV.

Like other countries across the globe, Bangladesh has been screening travellers from China at airports since Jan 21.

“We’ve strengthened workforce at these ports. We’ll be able to detect any coronavirus infection,” he added.

At Dhaka’s Shahjalal International Airport, health officer Md Shahriar Sazzad said they screened a total of 2,190 passengers from China until Sunday, according to bdnews24.com.

He said the authorities found no one with the symptoms of coronavirus infection that can cause pneumonia, which has been deadly in some cases. The symptoms include fever, coughing and difficulty with breathing.

The three airlines that carry passengers directly from China to Dhaka are China Eastern, China Southern, and US-Bangla Airlines. Dragon Airlines operates flights from Hong Kong, where calls have grown to shut the borders with mainland China to minimise the risk of coronavirus infection.

The newly identified coronavirus has created alarm because there are still many unknowns surrounding it, such as how dangerous it is and how easily it spreads between people.

The virus, believed to have originated late last year in a seafood market in the central Chinese city of Wuhan that was illegally selling wildlife, has spread to cities including Beijing and Shanghai.

The ability of the new coronavirus to spread is strengthening and infections could continue to rise, China's National Health Commission said on Sunday, according to Reuters. Nearly 2,000 people in China have been infected and 56 killed by the disease.

China's National Health Commission Minister Ma Xiaowei said the incubation period for the virus can range from one to 14 days, and the virus is infectious during incubation, which was not the case with Severe Acute Respiratory Syndrome (SARS), the news agency reported.

SARS was a coronavirus that originated in China and killed nearly 800 people globally in 2002 and 2003.

Bangladesh had reported Middle-East Acute Respiratory Syndrome (MERS), another strain of coronavirus, in a traveller from Abu Dhabi during a 2012 outbreak, believed to have originated from camels.

An animal source appeared most likely to be the primary source of the new outbreak and some limited human-to-human transmission occurred between close contacts, according to the World Health Organization.

Without symptoms, a person may not know they have the infection, but still be able to spread it, the BBC reported, citing Chinese officials.

Dense population has made Bangladesh vulnerable to an outbreak of the new virus if any infected person or animal enters the country, believes Kabirul Bashar, who teaches zoology at the Jahangirngar University.

“Animals don’t have borders. No one will be able to stop an infected animal from crossing the border with India. Now the date juice season is under way. The virus can transmit through bats drinking date juice,” he said.

“Besides these, people in our country don’t maintain necessary personal and civic hygiene. They spit at random on the streets,” he added.

Professor ABM Abdullah, a former dean of Bangabandhu Sheikh Mujib Medical University’s medicine department, said prevention “is very much necessary” as there is no vaccine or specific treatment for the new virus.