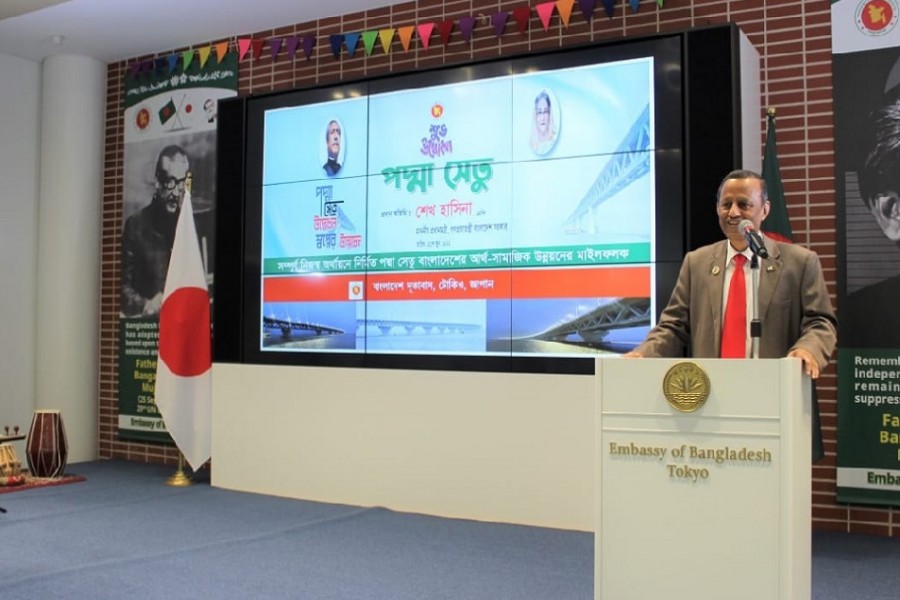 With a view to observing the event in a befitting manner, the Embassy organised a "Celebration of Padma Bridge Opening" program at the Bangabandhu hall of Bangladesh Embassy, Tokyo.

A significant number of expatriates of Bangladesh, all embassy officers, officials, and their family members attended the event, said the Embassy on Saturday.

The day's programme started with presenting a documentary on Padma Bridge which was followed by a welcome remark from Shahabuddin Ahmed, ambassador of Bangladesh to Japan.

The ambassador said that the construction of the 6.15 km long Padma Bridge has been possible only for Prime Minister Sheikh Hasina, reports UNB.

"Constructing Padma Bridge with our own money has strengthened our self-confidence and upheld our image in the international arena as a courageous nation," he added.

After this, the messages issued by the President and Prime Minister on the occasion were read out by Economic Minister Syed Nasir Ershad and Head of Chancery Sheikh Farid respectively.