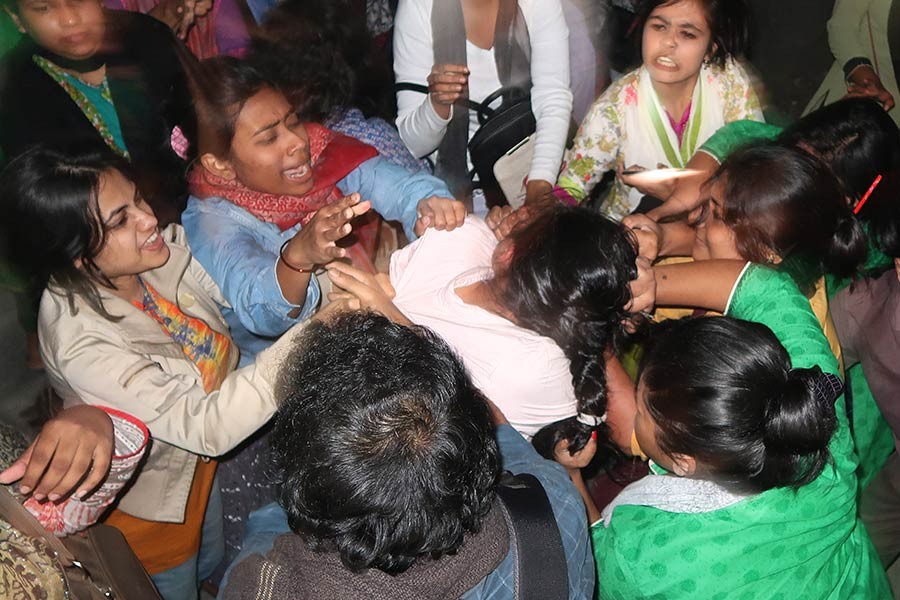 The activists of BCL, ruling party Awami League's student front, came into the limelight again after they moved to save VC Md Akhtaruzzaman from hours of siege inside his office.

Earlier, female students were allegedly assaulted by BCL activists at a rally that urged the DU to scrap its affiliation with seven Dhaka-based colleges.

The incident was reported on January 15.

Following the incident, ‘anti-repression group’, took out a procession around 11:30am on Tuesday and broke into Vice Chancellor Md Akhtaruzzaman’s Office after parading through TSC, Faculty of Arts and Faculty of Business Studies.

They broke the collapsible gate of the building open.

The students threatened to keep occupying the VC’s office until the demands are met, some of the protesters said.

Akhtaruzzaman was besieged in his office since BCL's rescue move.

Later, at least 20 BCL leaders and activists led by General Secretary SM Zakir Hossain took part in this went to the spot.