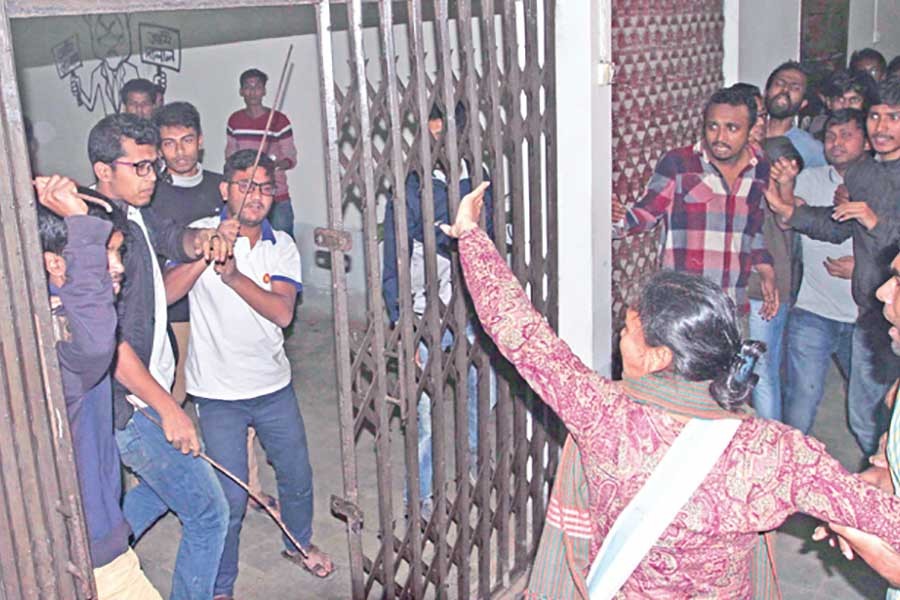 The principal of the institute, Mahbubur Rahman, said Assistant Store Keeper of his office Jahangir Alam got locked into an altercation with a cell-phone recharge shop owner Rana in front of Rajshahi Government City College on midday.

Some BCL men numbering 8-10 attacked the office, vandalizing its cabinets and papers, the principal added.

Officer-in Charge of Boalia Police Station Aman Ullah said, on information, police were sent to the spot but the accused escaped from the scene beforehand.