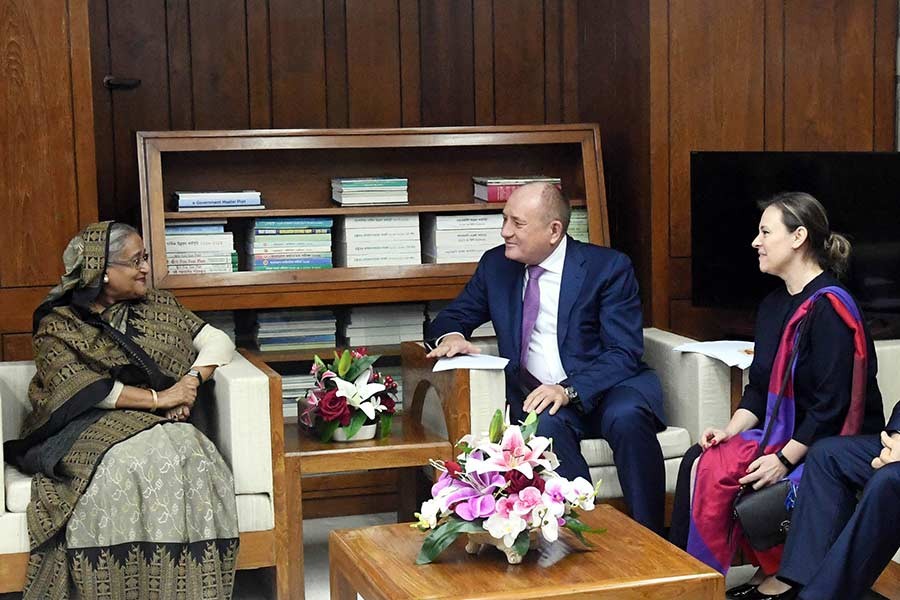 Prime Minister Sheikh Hasina on Tuesday reiterated her firm stance to use Bangladesh’s fossil fuel for its own economic development and the wellbeing of people.

“Whatever gas we have we will use that for the economic development of the country and wellbeing of people,” she said.

The Prime Minister came up with the statement during a meeting with the delegation of Gazprom, a Russian public joint stock company that carries on the business of extraction, production, transport, and sale of natural gas, at her Sangsad Bhaban office.

The press secretary said the Prime Minister recalled with gratitude the cooperation of the then Soviet union during and after Bangladesh’s Liberation war in 1971.

“Russia always supported us, they deployed their navy personnel to remove mines from Chittagong Port after our Liberation War to open the channel for vessel deploying, while sweeping the mines some Russian navy personnel also died,” she said.

The Prime Minister conveyed her regards to Russian President Vladimir Putin through the Gazprom delegation members.