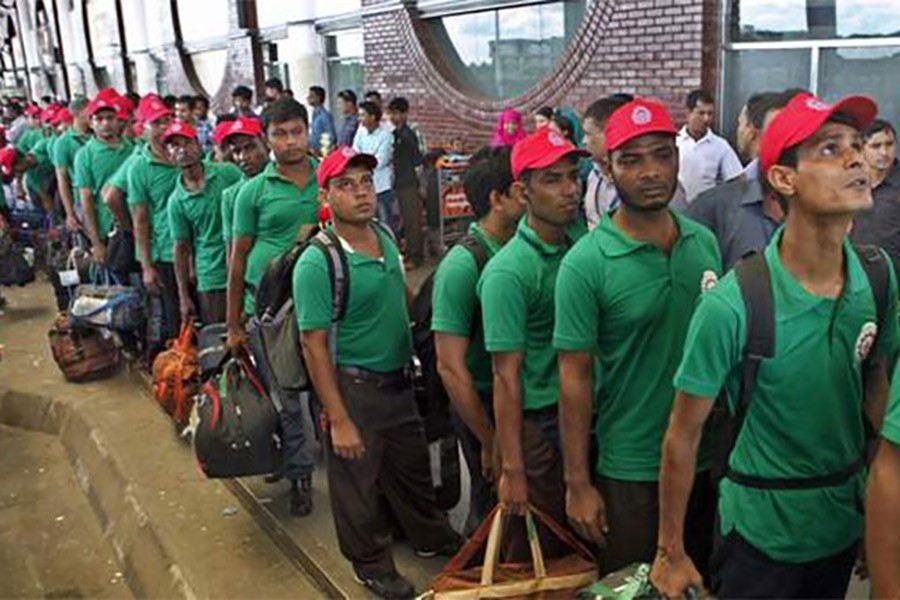 Manpower recruiters have urged the government to ensure equal opportunities for all licensed recruiters in sending workers to Malaysia.

They made the appeal at a press conference, organised by the Sammilito Samannay Front (SSF), a platform of a section of BAIRA (Bangladesh Association of International Recruiting Agencies) members, at the National Press Club in the city on Tuesday.

They alleged that a syndicate of 25 recruiting agencies was trying to get permission to send workers under the fresh memorandum of understanding (MoU) signed between Dhaka and Kuala Lumpur recently.

This vested quarter also made a 10-member syndicate in 2016 and made huge money by exploiting workers then, added the BAIRA leaders.

If the recruiters involved in the previous syndicate had been brought under legal action, they could not try to make another syndicate now, they observed.

Demanding that the government take legal actions against the syndicate, the BAIRA members said if the proper steps were not taken, the country would face difficulties again.

On the other hand, the recruiters criticised a provision in the MoU that allows the host country (Malaysia) to select eligible Bangladeshi recruiters.

Because of this clause, dishonest recruiters will get a chance to create syndicates using their influence, they observed.

The authorities concerned should make public the recruitment deal as thousands of workers' interests are involved in it, said the select group of recruiters.

They sought the prime minister's intervention to get rid of the syndicate.

The recruiters also suggested rationalising airfare for the outbound Bangladeshi workers as the fares went beyond the reach of the overseas job seekers.