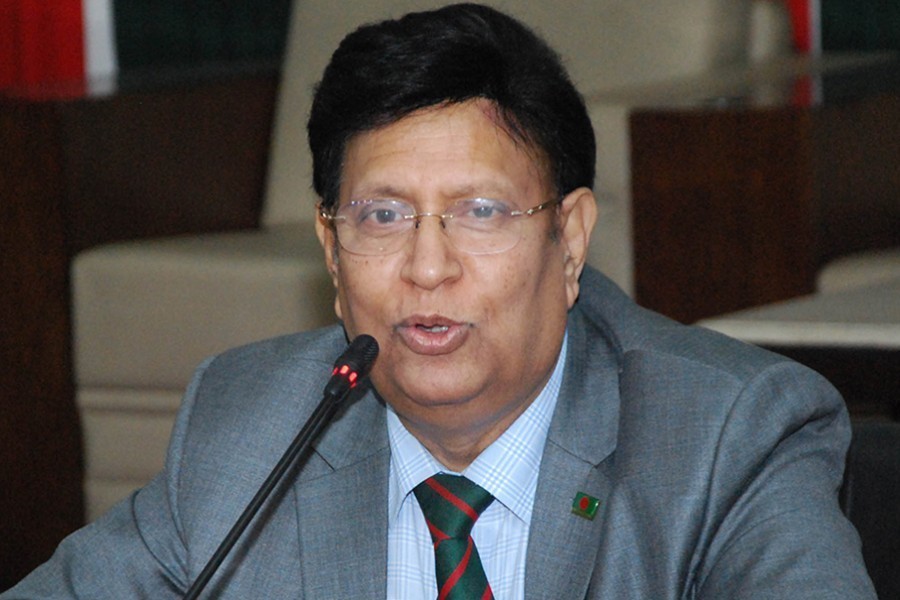 Bangladesh and China have agreed to work with "patience" to achieve their development goals ignoring "provocation and obstruction" noting that peace and stability are required for a country's further progress.

The Chinese side assured that they will always remain beside Bangladesh in its development journey and will work together to take the existing good relations to a new height, he said.

Responding to a question, Momen said there has been discussion on the Global Development Initiative (GDI) but no talks on Global Security Initiative (GSI), Belt and Road Initiative (BRI) or new Chinese loans.

Wang, who doubles as the Chinese State Councilor, had an hour-long bilateral meeting with Momen at a city hotel before his meeting with Prime Minister Sheikh Hasina at her official residence Ganobhaban, reports UNB.

Responding to a question, Momen said Bangladesh will further study the proposal regarding the GDI as it keeps receiving various proposals from its partner countries.

The Bangladesh side sought Chinese efforts at expediting development projects agreed earlier for their timely implementation.

Momen said the two sides also discussed ways to minimize trade gap between the two countries and China has agreed to add more products in the list of duty-free access to the Chinese market from September.

Earlier, State Minister for Foreign Affairs Md. Shahriar Alam said they already have duty-free access for 98 per cent of items exported to China.

"The remaining 2.0 per cent ... has been important and sensitive. Now they have offered another 1.0 per cent from September 1. It's good news for Bangladesh as we have a thriving economy based on exports," he said in a separate briefing.

Shahriar said the new tax advantage is likely to include garments, woven and other products that had previously faced some barriers.

He said Bangladesh would get a list from China soon about the products and services that would get duty-free access.

The signed documents are certificate of hand-over and acceptance of the China-aided project of the 8th Bangladesh-China Friendship Bridge, MoU on the plan of special assistance of disaster prevention and reduction; cultural and tourism exchange programme for the period from 2023 to 2027 and MoU between University of Dhaka and First Institute of Oceanography, Ministry of Natural Resources of China for cooperation on marine science and technology.

He said the Chinese foreign minister is pleased to see Bangladesh's socioeconomic progress under the leadership of PM Hasina.

Both sides discussed bilateral, regional and global issues during the meeting with a hope to "elevate" the relationship between the two countries to a "new level".

Momen saw Wang off at Hazrat Shahjalal International Airport at 10:45am Sunday. He left for Mongolia wrapping up his around 18-hour visit to Bangladesh.