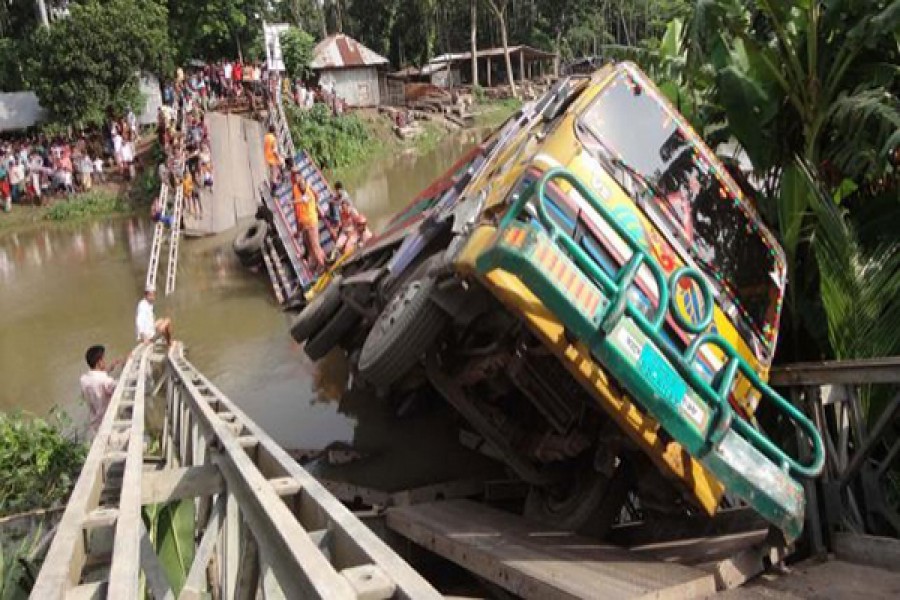 Deputy Engineer of Road and Highway division in the district Md Fakhrul Islam said that the bridge collapsed when two stone-laden trucks were crossing the bridge on Khulna-Pirojpur-Mathbaria regional highway at Madarshi in Bhandaria upazila at a time around 2am, reports UNB.

Drivers and helpers of the two trucks fled the scene soon after the accident. They have taken steps to bring a crane for salvaging the trucks, said the official.

He also added that it will take one to two months to reconstruct the bailey bridge.