B Chy wants broader alliance against domination of single party 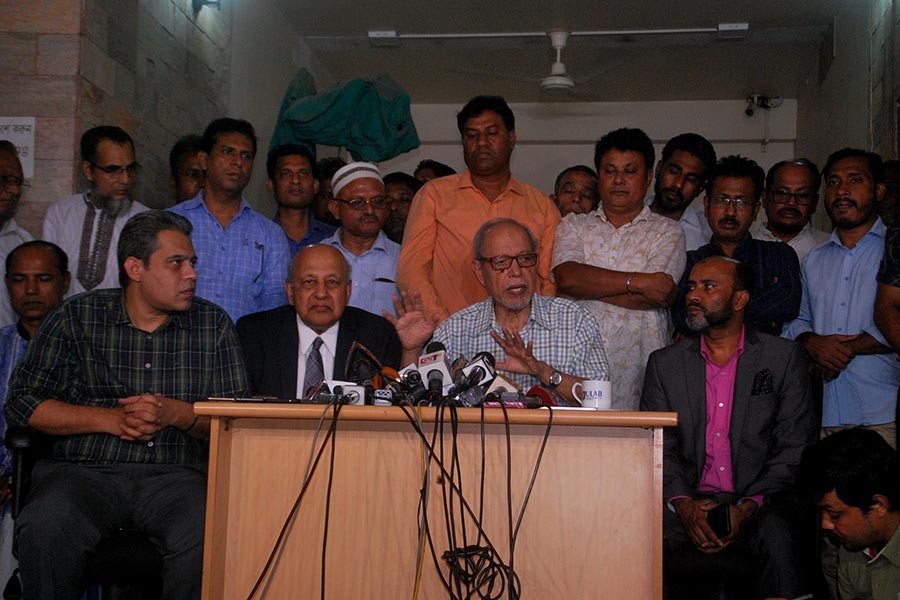 Bikalpadhara chief Prof AQM Badruddozza Chowdhury has said he wants to see a broader alliance against the domination of a single party.

The former president made the remarks while addressing a press conference at his residence at Baridhara in Dhaka on Saturday evening, reports bdnews24.com.

But this evening, Dr Kamal formed a new anti-government alliance with the BNP, leaving out Bikalpadhara leaders, at a press conference at Jatiya Press Club.

While addressing the press conference, Mahi accused other leaders of the anti-government alliance of creating barriers.

"But they found the home locked and eventually departed after waiting in the car for some time. There isn’t even anyone to open the gate,” Mahi said..

The internal rift came to a head after the groups scheduled to meet to finalise the outline of the anti-government alliance on Saturday called separate press conferences.