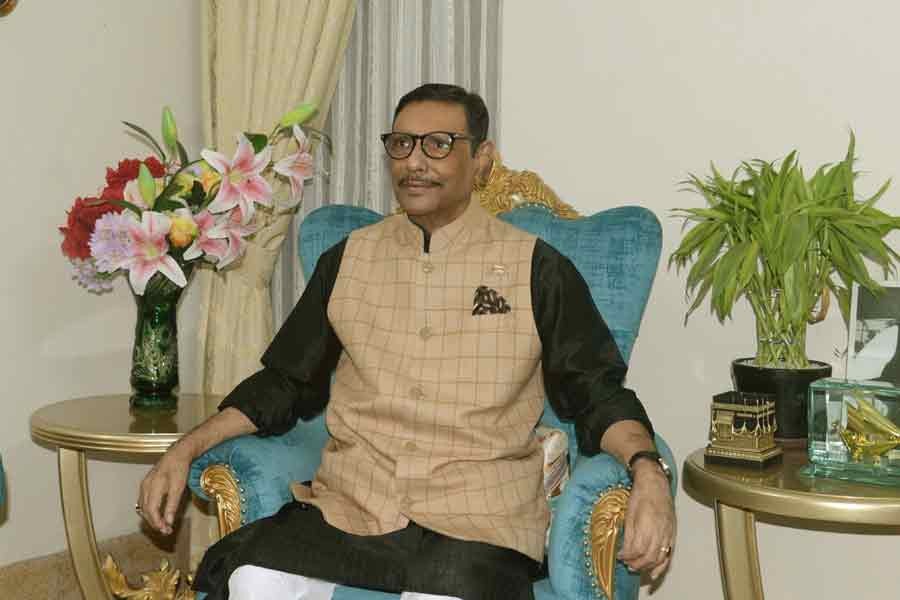 Awami League General Secretary Obaidul Quader on Saturday said the main programme of the upcoming month of mourning (August) is to stand by the distressed, working-class and poor people amid the coronavirus crisis.

He said the month of mourning, recalling the martyrdom anniversary of Bangabandhu, will be observed this year on a limited scale through indoor discussions, placing of wreaths at Bangabandhu’s portrait and prayers at mosques, temples, churches and pagodas.

Quader, also the road transport and bridges minister, said this at a press conference at his official residence in Dhaka, reports BSS.

He said Father of the Nation Bangabandhu Sheikh Mujibur Rahman did politics for the masses throughout his entire life.

“So, if we stand by the distressed people with aids during the month of mourning, the soul of Bangabandhu will get peace. Party leaders and workers at all levels will have to extend cooperation to the poor people during that period,” he said.

The minister urged all to show no indifference and negligence to maintaining health guidelines and wearing facemasks properly to safeguard themselves from being infected with the deadly coronavirus.

He said coronavirus has spread to the villages and rural areas while many people can carry virus from towns and cities to villages and thus people in villages can be infected with Covid-19.

Under the circumstances, everyone must have to remain careful and avoid gatherings by maintaining social distancing, he added.

Turning to the traffic on highways, Quader said vehicles s are plying smoothly on most of the highways of the country but the pressures on Dhaka-Mymensingh highways have increased as the Tongi-Gazipur part became narrowed due to construction works.

He said if northern region-bound freights use the Ashulia-Baipail-Chandra route, the pressure of vehicles on the Tongi-Gazipur part will lessen.

The minister said vehicular movement remains slower in some areas due to light rains and playing of cattle laden vehicles on highways ahead of the Eid-ul-Azha.

He urged all concerned including highway and district police and district administrations to work with efficiency and sincerity for proper management of transports and highways.