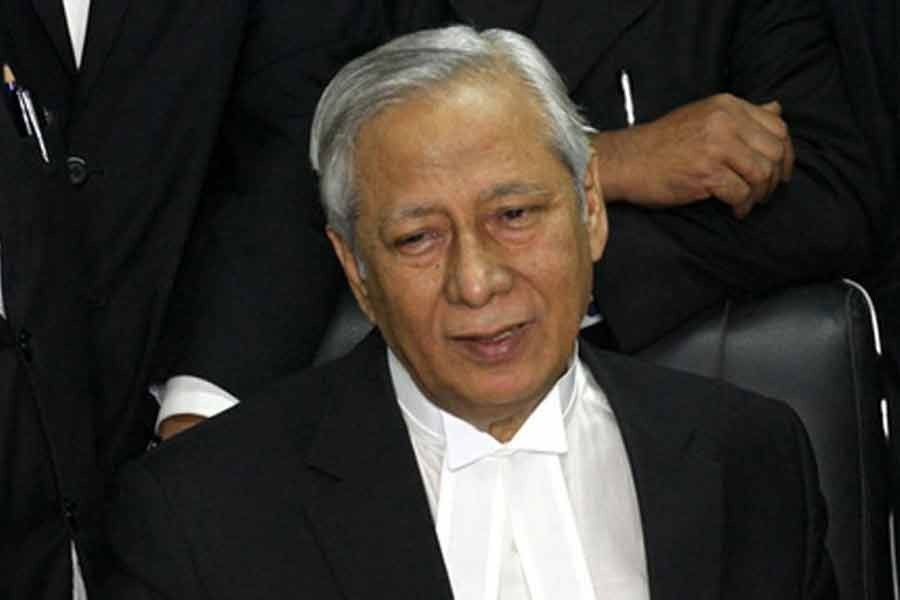 Mahbubey Alam, the longest-serving attorney general of Bangladesh, has died at a Dhaka hospital at the age of 71 after suffering from COVID-19 illness.

President Md Abdul Hamid and Prime Minister Sheikh have led the nation in paying tributes to Alam, remembering the role he played in the judiciary of Bangladesh and offering sympathies to the grieving family.

Alam had been fighting for his life in “critical” condition at the Combined Military Hospital, his son-in-law and Supreme Court lawyer Sheikh Mohammad Reajul Hoque said earlier.

The attorney general was put into intensive care at the hospital after his vital signs worsened during treatment last week.

He was hospitalised with a high temperature on Sept 4 and later tested positive for COVID-19. He has remained in hospital care ever since.

The law minister had earlier said Alam had a rapid pulse. He had the problem beforehand but never informed the doctors about it, Anisul had said.

The minister had also said the last coronavirus test on Alam had come back negative.

A former president of the Supreme Court Bar Association, he began practising law in 1975.

He had been the attorney general of the country since 2009. He left behind his wife, a son and a daughter.

As the state’s chief legal officer, he played an immensely significant role in ensuring the trial of the crimes against humanity committed during the 1971 Liberation War.

He also played a key role in a number of crucial cases, including those involving the fifth, seventh, 13th and 16th amendments to the constitution.

He was involved in the Bangabandhu Sheikh Mujibur Rahman murder case.

Alam worked as the state’s chief counsel in the case over the killings during the BDR mutiny.

He received a degree in public administration the next year and completed LLB in 1972.

He had been involved in leftist politics as a student and later worked as a vice-president of Bangladesh Youth Union.

When the Communist Party of Bangladesh split following the fall of the Soviet Union, Alam quit politics and devoted his time as a lawyer.

He was listed as a lawyer on Bangladesh Bar Council and became a member of Dhaka Bar Association in 1973.