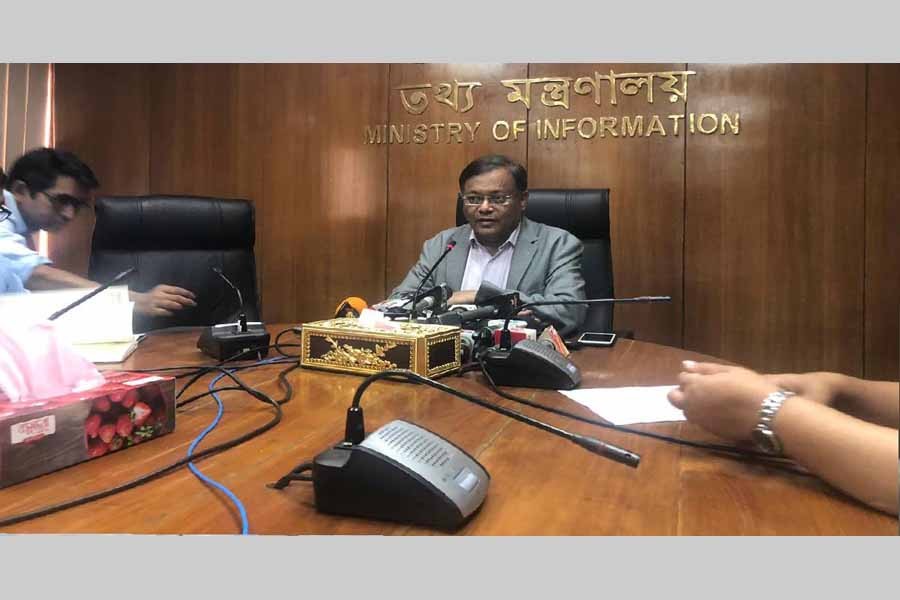 The government loses Tk 100-120 billion in revenue every year as the cable operators have not digitised their services, said Information Minister Hasan Mahmud on Sunday.

“The government loses Tk 100-120 billion as cable operators are reporting fewer numbers than the actual television subscribers of 45 million,” he said while talking to reporters at the Secretariat.

Cable operators were supposed to digitise their services in Dhaka and Chattogram by December last and implement it all over the country by June next, he added.

Asked about giving time to cable operators for digitisation, the minister said it will be decided after discussions with them, reports UNB.

“Cable operators are now collecting money at their will, but when the system is digitised, we’ll fix the rate,” he said.

34 of the 45 approved television channels are now broadcasting programmes regularly in the country, Hasan Mahmud said.