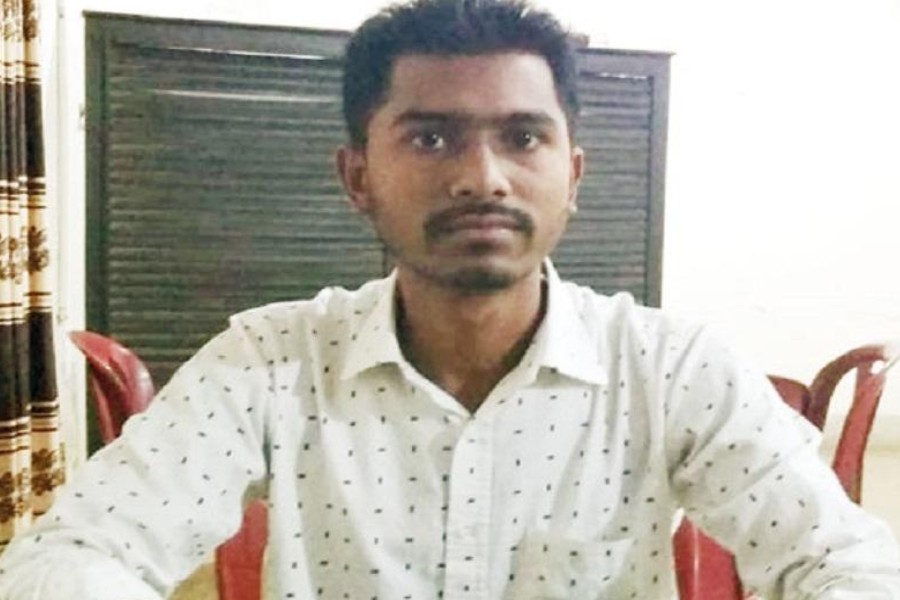 The Dhaka University student, who has accused former DUCSU VP Nurul Haque Nur and five other anti-quota movement leaders in a rape case, has sought Sheikh Hasina’s help for justice.

Appearing before the media outside the National Press Club in the capital on Friday afternoon, the burqa-clad woman threatened to take her own life if the six are not tried, reports bdnews24.com.

“Many call you [Hasina] mother at the Ganabhaban, and then threaten victims after wasting time by promising justice,” she said, referring to Nur, who had met Hasina at her residence after winning the elections to the Dhaka University Central Students’ Union in 2019.

“I, as a repressed and helpless citizen, not a child, seek justice from you [Hasina]. And if you don’t believe my words until my death, then it may be my death that will ensure justice for this incident,” added the student of Islamic Studies.

The main accused in the case is Hasan Al Mamun, a postgraduate student from the same department who served as the convener of the Bangladesh Council to Protect General Students’ Rights until his recent suspension over the allegations brought by the woman.

The council was formed to demand reforms to the quota system in government jobs. Mamun is charged with luring the alleged victim with false promises of marriage before raping her.

The woman has also started a case under the Digital Security Act against the six accusing them of bullying her on the internet.

“A helpless girl has taken legal recourse after failing to get justice despite repeated attempts, and she is now being bullied. They are slandering me to break me down mentally.

“I want fair trial even in exchange for these assaults so that such popular people hiding behind their masks cannot assault or rape your daughters, sisters and well-wishers,” she said in a written speech.

“And if you think that you will hold the trial after my death, then Prime Minister Sheikh Hasina, I am preparing for that,” she added.