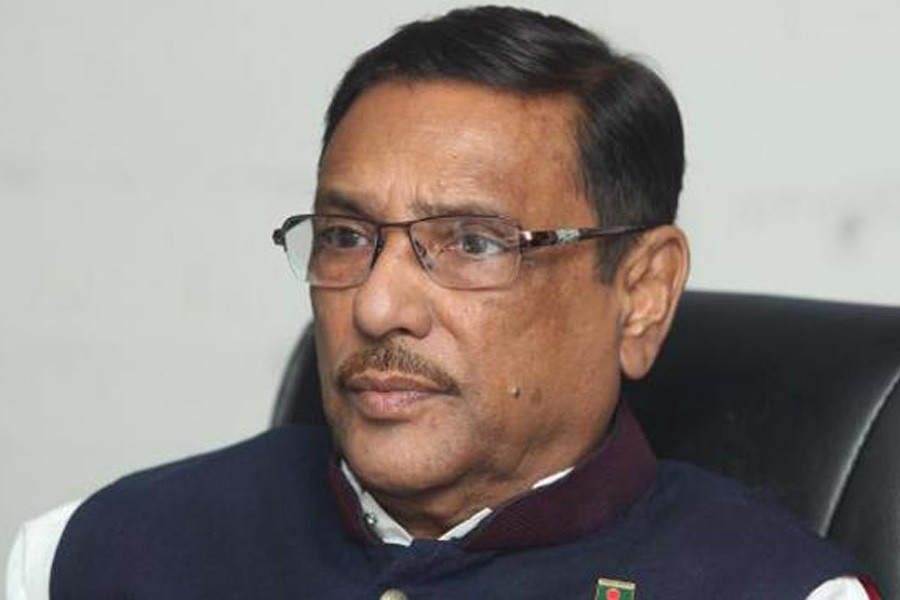 Awami League General Secretary Obaidul Quader on Tuesday said the party nearly completed the nomination process of its candidates and is expected to announce list of candidates of the ruling party-led alliance by November 25 after consultation with coalition partners on seat-sharing.

“We have completed the party’s nomination process. Now discussions are underway with our partners over the sharing of seats,” he told journalists at his Bangladesh Secretariat office on Tuesday.

Quader added: “We expect the coalition-based nomination list by November 24/25. And alliance will announce the list of nomination jointly.”

Replying to a query of journalists, the AL general secretary said that his party would share 65 to 70 electoral seats with its partners.

Quader, also the road transport and bridges minister, said AL proposed their partners to give suitable candidates for their respective electoral constituencies as no opponent candidate should be considered as weak ones.

Without mentioning anybody’s name, the AL general secretary said no controversial person will be given party ticket in the upcoming Jatiya Sangsad election slated for December 30. Asked about BNP leader Tarique Rahman’s video conferencing, Quader said the EC rightly mentioned as there is no rules in the RPO for taking any action if anyone speaks over the Skype.

He said the home ministry can investigate the issue whether it (taking interview of a fugitive through internet) is cyber crime or not, reports BSS.

Responding to another question, Quader said the preparation of party’s election manifesto has been completed and it will be shared very shortly.

On the meeting with the Indian high commissioner at his office, the minister said India is very hopeful of holding a good election in a fair and peaceful environment with the participation of all.