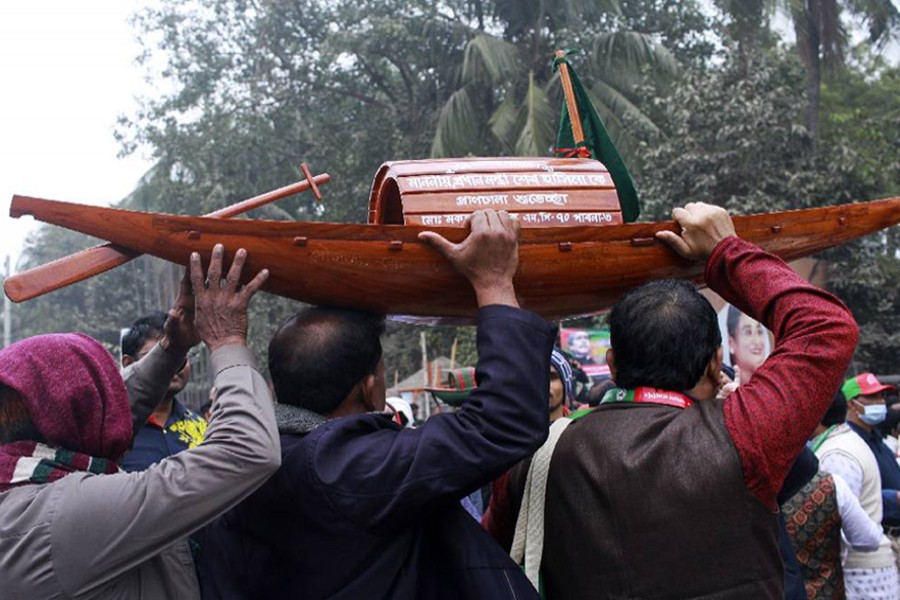 Councillors of the ruling Awami League will gather at The Institution of Engineers, Bangladesh (IEB) on Saturday morning to elect the next committee of the party for three years.

The second day of the party’s two-day national council is set to commence at 10:30am.

Sheikh Hasina will remain as the party’s president for the ninth straight term as there is still no alternative to her, said party sources.

Some 7,500 councillors from across the country will attend the council session.

Some 15,000 councillors and delegates are taking part in it. Leaders of other political parties and representatives of various professions also joined the inaugural session.

Sheikh Hasina has been at the helm of Awami League since 1981, which was founded at Rose Garden in Dhaka on June 23, 1949.