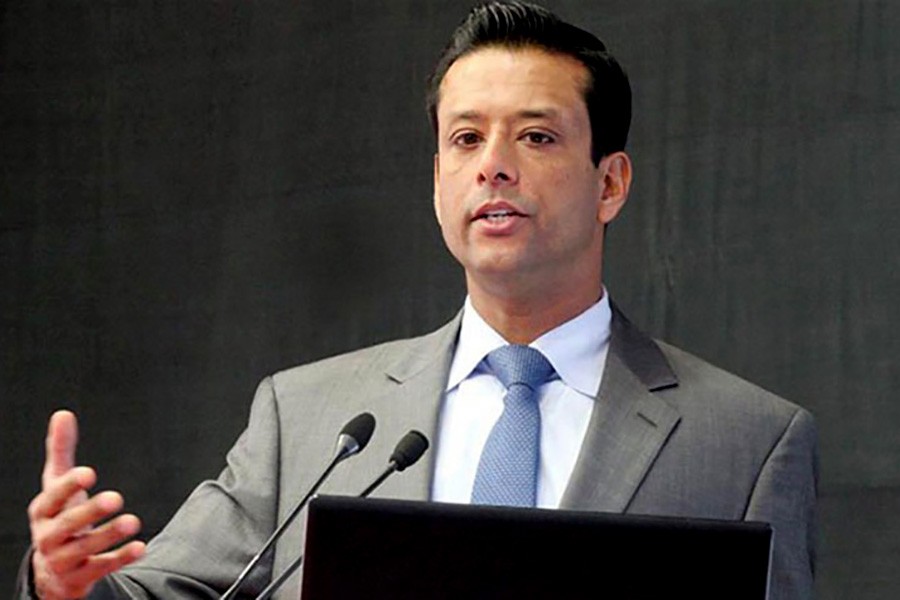 Joy made the expectation citing a survey conducted throughout this month by an independent research organisation, Research Development Centre (RDC) ahead of the elections to be held on July 30.

"I can quite confidently say that in Barishal and Rajshahi Awami League will win by a landslide," Joy said in a Facebook post citing the survey report.

"In Sylhet we are slightly ahead, but it is too close to call," he said, reports UNB.

Of course, with the campaigns in full swing until midnight last night the results may vary slightly from these polls, which were conducted over the past month, Joy said.

In Barishal, the sample size of the survey was 1,241 registered voters where 44 per cent supported Serniabat Sadik Abdullah (AL), 13.1 per cent supported Mujibur Rahman Sarowar (BNP) while other candidates got supports of only 0.8 per cent.

Some 23.5 per cent were undecided and 15.9 per cent refused to answer.

Some 12.3 remained undecided and 9.6 per cent refused to answer.

On the other hand, 23 per cent remained undecided and 12.6 per cent refused to answer.

Results were weighted for gender based on the composition of the voter list for the city corporations and age distribution for Barishal, Rajshahi and Sylhet cities from the 2011 Census, said Joy.

Sample was drawn from the addresses registered with the Election Commission through the voter ID registration.

Persons included were only individuals who confirmed that they were on the voter list of the City Corporations.

"I have been conducting our opinion polls with RDC for the past five years. I have found their methods and results to be the most accurate," Joy said.

The BNP keeps making all sorts of complaints, but the fact is that it has lost popularity.

He said Awami League on the other hand, has gained more and more popularity over the years. The BNP is no longer an electoral threat to the Awami League, he remarked.

"I would, however, urge my party members, law enforcement and electoral officers to be vigilant for BNP attempts to seize polling centers and stuff ballots in an attempt to blame the Awami League," he said.

Joy mentioned that all have heard recorded phone conversations of BNP leaders plotting exactly this in the Gazipur elections.

"As their candidates talk to voters during the campaign they realise they have no chance of winning, so they are actively attempting to frame Awami League in an attempt to make these elections controversial," he added.