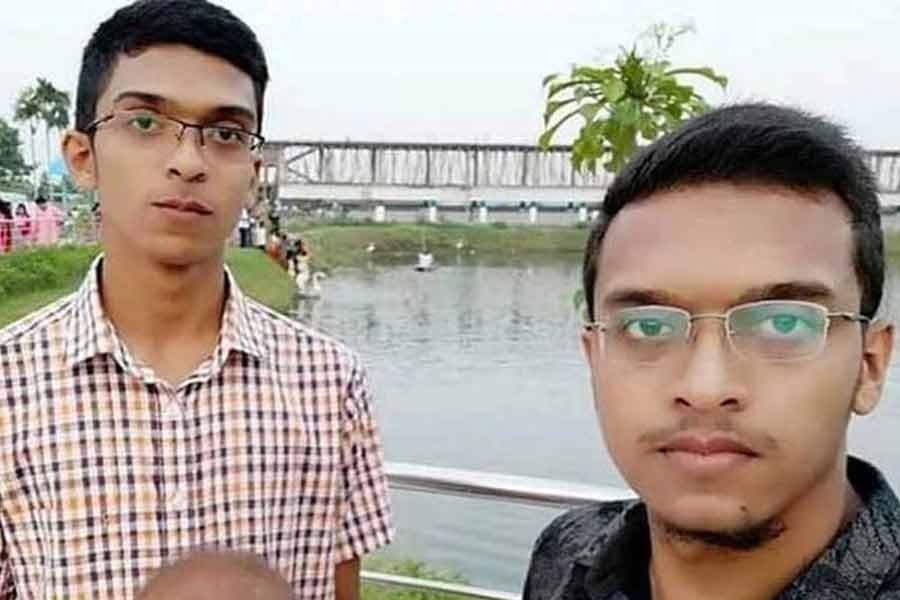 Abrar Faiyaj, the younger brother to Abrar Fahad, has cleared the test for admission to the Bangladesh University of Engineering and Technology, the same institution where Fahad was beaten to death by Bangladesh Chhatra League activists in 2019.

Although BUET banned politics on the campus in an unprecedented move amid protests following the incident, their father Barkat Ullah is not sure whether to send Faiyaj to the institution, arguably the most attractive destination for students in Bangladesh.

"My heart fills with horror whenever I hear the name of BUET now," he said after receiving the news about his younger son on Thursday night, reports bdnews24.com.

“We've not decided whether to admit the younger one there. He has already been admitted to the IUT [Islamic University of Technology in Gazipur]. Still, we'll give it a thought and decide whether to get him admitted to BUET.”

The family brought back Faiyaj from Dhaka College, where he was studying for Higher Secondary Certificate, to Kushtia as Faiyaj wanted to leave the capital after the murder of Fahad. Faiyaj passed HSC exams from  Kushtia Government College.

Now he has the opportunity to enrol at BUET's Department of Mechanical Engineering, and he is happy with his results in the admission test.

“I haven't decided yet where I'd study. However, it is more likely I will study at BUET. I took the Dhaka University admission test as well, but the results are yet to be published," he said.

“The admission process will not be held before Eid-ul-Azha [Jul 10]. I have 10-15 days to think. I will decide after talking to my family.”

Abrar Fahad was a second-year student of electrical and electronic engineering at BUET.

A resident of Sher-e-Bangla Hall, Fahad had criticised the government over a water-sharing deal with India on Facebook. He was subsequently taken to the room of a BCL leader on the night of Oct 6, 2019, and murdered.

A Dhaka court in December last year sentenced 20 people to death and five others to life in prison for the murder.