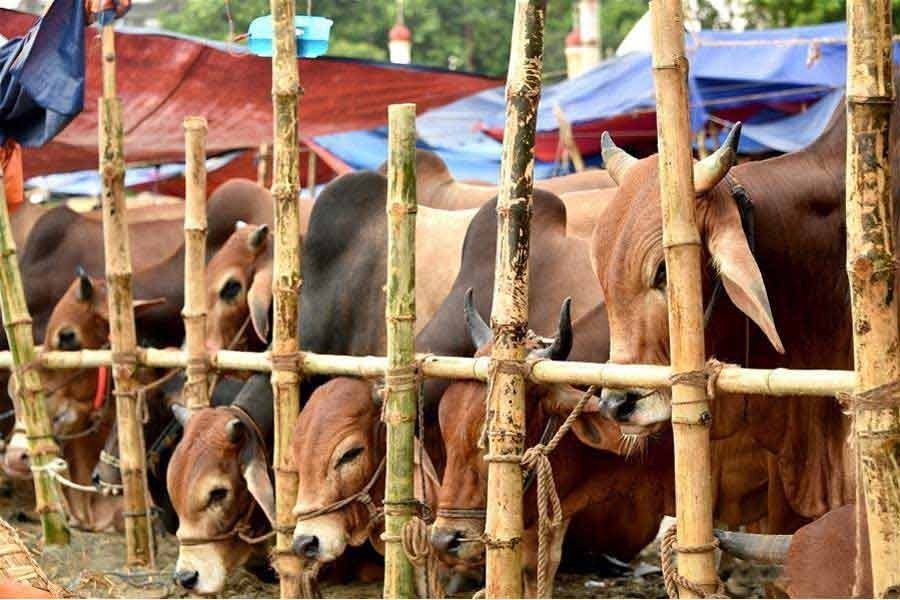 This year, a total of 4,407 cattle markets will be set up across the country ahead of Eid-ul-Azha, Home Minister Asaduzzaman Khan has said.

No one without a mask will be allowed to enter the cattle markets, said the minister while talking to reporters after a meeting over law and order situation ahead of the religious festival.

Additional law enforcement force will be deployed in the cattle markets to provide security to traders and buyers, he added. The agencies will also help the traders safe transfer of their cash, reports UNB.

Noting that there will be no cattle markets on the roads and highways, Asaduzzaman said no cattle-laden vehicles can be taken to any market against the traders' will.

Referring to the rawhides of sacrificial animals, the minister said on Tuesday that strict surveillance will be enforced to prevent its smuggling abroad.

The commerce ministry will fix the price of rawhides.

Intelligence will keep vigil as no vested quarter can carry out any sabotage in the industrial area spreading rumour, said the home minister.

Mentioning about the eid vacation of the garment workers, the minister said the authorities concerned have been asked to grant it in phases.

The government has taken steps to install watch towers, binoculars and CCTV cameras on important intersections to ensure the security of the homebound people and prevent extortion and pickpockets, he said.

The bus, launch, train and ferry ghats will be kept under surveillance to prevent occurrence of criminal activities, he added.

A total of 109 patrol teams will be deployed on the highways across the country to keep roads and highways free from tailbacks. Police, Rab and whiteclothes will strengthen their activities to prevent criminal activities in haats and bazars in district, upazila and metropolitan cities.

Eid jamaats will be held in 45,000 eidgahs, open spaces and 50,000 mosques across the country and devotees have to participate in eid congregations wearing masks and following health guidelines imposed by the government, he said.