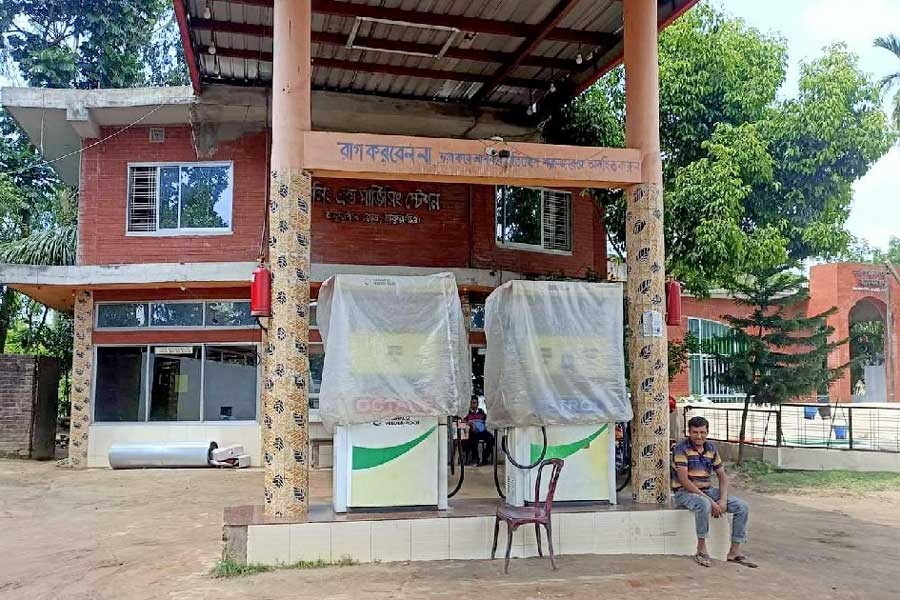 Transport owners and workers in Thakurgaon are facing immense sufferings as 36 filling stations of the district are not getting fuel after Eid-ul-Fitr due to a crisis.

Owners of filling stations said the crisis has been created due to lack of supply from the depot.

Meanwhile, one or two petrol pumps have been supplying octane on a limited scale which is insufficient to meet the demand.

Locals said some people are selling petrol and octane in bottles on roadsides.

On May 7, the district administration held an emergency meeting with the filling station owners of the district asking them to take steps to resolve the crisis.

Emranul Hasan, manager of Parbatipur depot of Padma Oil Company Limited, said the fuel allocation in Parbatipur is so low and the demand was high during Eid this year.

“It is not possible to meet the demand in the district level as the allocation has been further reduced,” he said.

To solve the fuel crisis, Thakurgaon administration has suggested the filling station owners to collect petrol from Baghabari depot in Sirajganj instead of Parbatipur depot.

However, the filling station owners are showing reluctance to take petrol from Baghabari as it is not profitable for them.

Mostaq Hossain, general secretary of Thakurgaon Petrol Owners' Association, said it costs Tk 10,000 to transport fuel from Parbatipur to Thakurgaon. On the other hand, it costs Tk 18,000 to bring the same amount of fuel from Baghabari in Sirajganj.

The cost is much higher and so the owners of filling stations in the district do not want to bring fuel from Baghabari, he added.

Mostaq Hossain also said, "We have made arrangements to bring some fuel from Baghabari depot after the emergency meeting of the district administration."

A letter has been sent to the authorities concerned to increase the fuel allocation for Thakurgaon, he added.