32 BCL leaders lose office after BCL probes charges against them 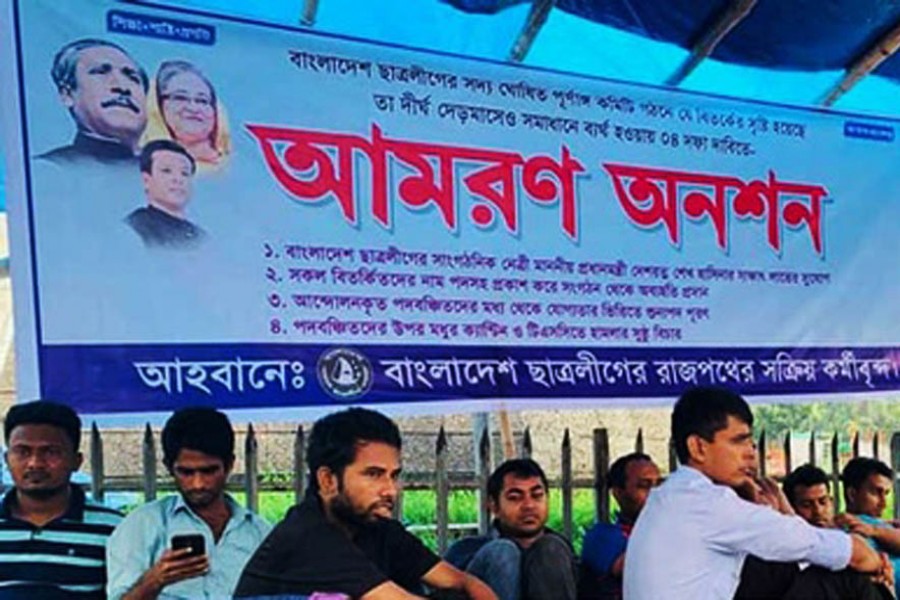 As many as 32 leaders of Bangladesh Chhatra League (BCL) have lost their posts in the central committee over allegations such as marriage, infiltration and drugs abuse.

Al-Nahean Khan Joy and Lekhak Bhattacharjee, who are acting as president and general secretary of the organisation, announced the decisions on the 32 leaders in two statements on Tuesday night.

A total of 21 leaders have been relieved of their responsibilities after the organisation found truth in investigations against them. The 11 others have stepped down voluntarily, reports bdnews24.com.

“These posts will be filled up later on the basis of eligibility,” Lekhak said.

BCL, the student wing of the ruling Awami League, announced its 301-member fully fledged central committee on May, a year after its council was held.

Dozens of leaders, who did not get the desired posts, staged protests alleging that at least 97 of the leaders, who got posts, were ineligible.

At least 15 people, including six women leaders, were injured in clashes over the issue.

The disgruntled leaders of BCL withdrew the protests after its top leaders assured them of reforming the central committee.

Rakib Hossain, one of the protesters, told bdnews24.com on Tuesday: “These statements of BCL have proven that we were not wrong.”